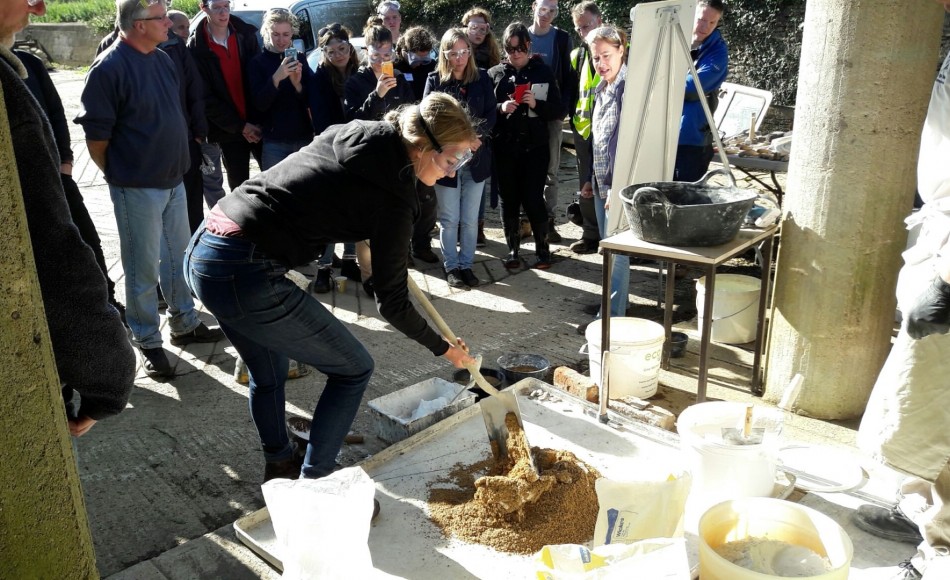 A hands-on demonstration of lime mixing. 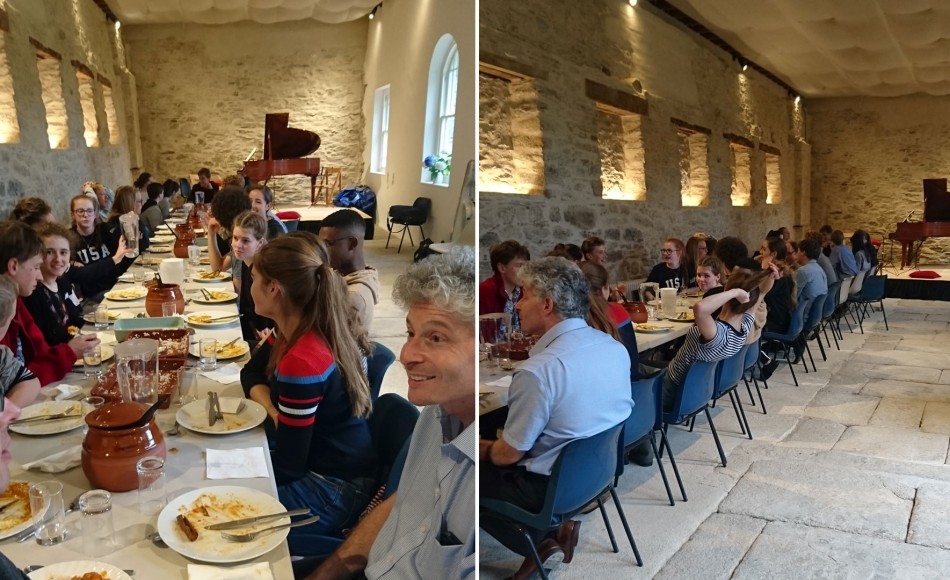 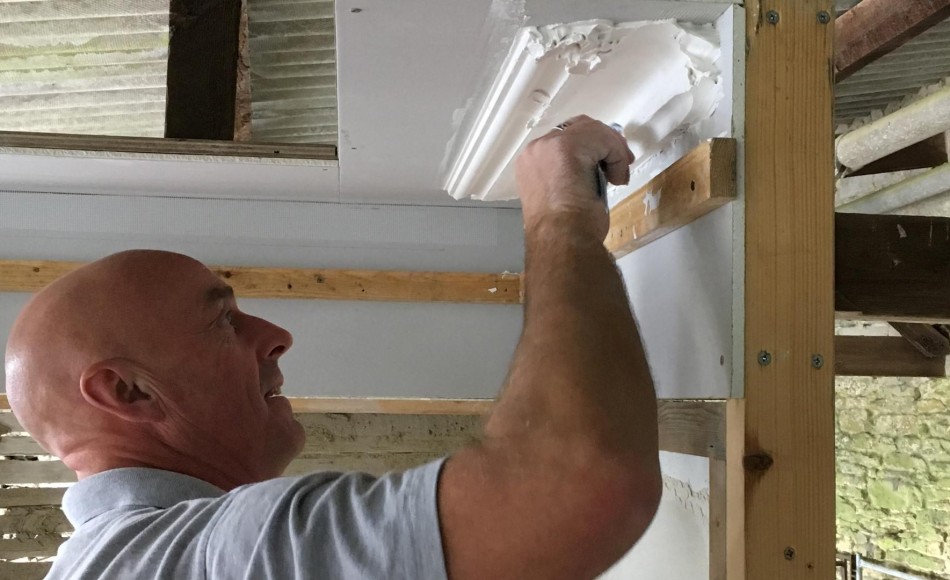 Sean Wheatley, Plastering Specialist - demonstrating how to run a cornice in situ, using a mix of casting plaster and lime putty.

Jonathan Rhind Architects’ project to repair a 12th century north Devon church - enabling its bells to ring out once again - was the subject of a lecture we gave at a prestigious event for heritage professionals focusing on conserving the nation’s historic buildings.

For its 14th year, the Building Conservation Summer School, hosted by the Royal Institute of Chartered Surveyors (RICS) and the Society for the Protection of Ancient Buildings (SPAB), was held at the Royal Agricultural University in Cirencester.

Pete Thompson, one of our accredited architectural technologist attended the residential course between the 10th-14th September to develop his knowledge and application of conservation repair philosophies, techniques and materials.

We selected our conservation project of the Church of St Mary, a Grade I listed building in an exposed position on the edge of High Bickington as the project exemplifies the complexities and architectural challenges of repairing historic buildings.

Jonathan Rhind, who gave the presentation said: “The project represents effective collaboration, working with other specialists and skilled contractors, and was a great success, delivered both on time and within budget”.

“Our lecture, illustrated by a series of slides containing both photographs and detailed drawings, told the story of the church’s revival.”

Cracks in the church buttresses had been increasing over the years and stones had been falling to the path and grounds below.

Ringing of the bells stopped in January 2010 because of the impact of vibrations transmitting through the frame, affecting the stonework. This was a sad blow for the community with a long bell ringing tradition and a locally renowned team of ringers.

Initially, our work involved investigating the cause and extent of the problem. Then, in conjunction with other consultants, we produced a detailed specification for the conservative repair of the failing masonry and for the overhaul of the bells and the bell frame.

This was achieved through the use and application of traditional materials and techniques alongside some discreet modern interventions.

Following a rigorous grant application and tendering process, work began on site in July 2014 with the aid of a Heritage Lottery Fund grant, and concluded in February 2015.

For more information on the project visit, http://www.jonathan-rhind.co.uk/architecture-projects/churches/church-of-st-mary-high-bickington/