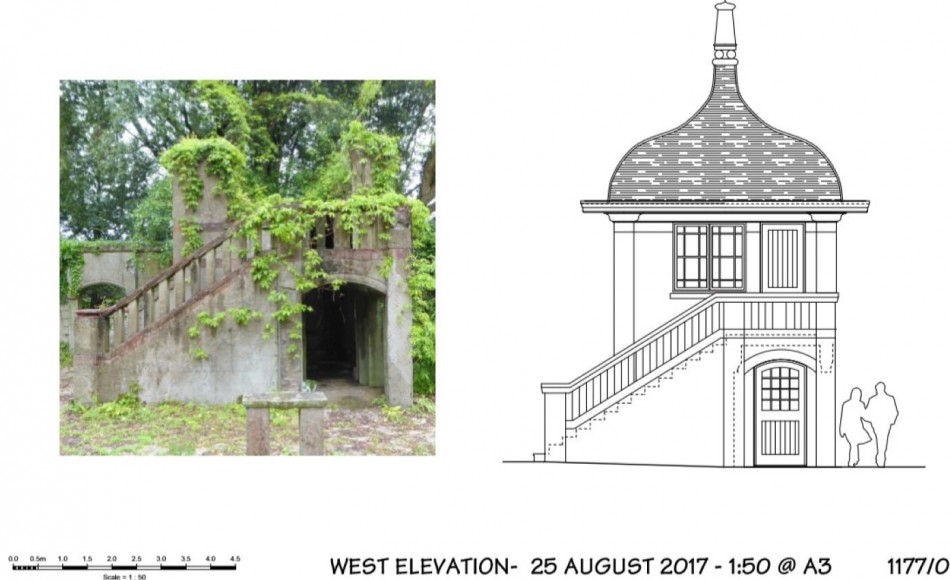 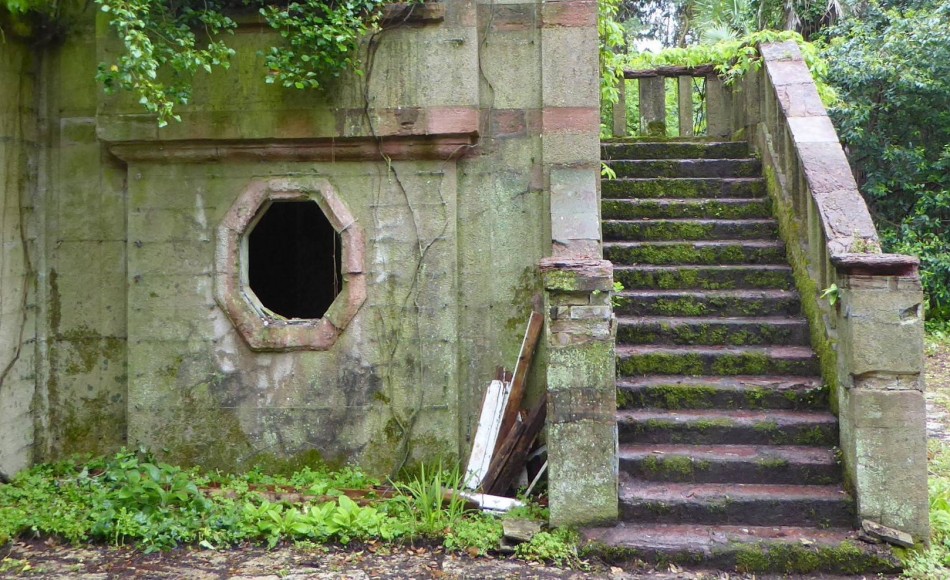 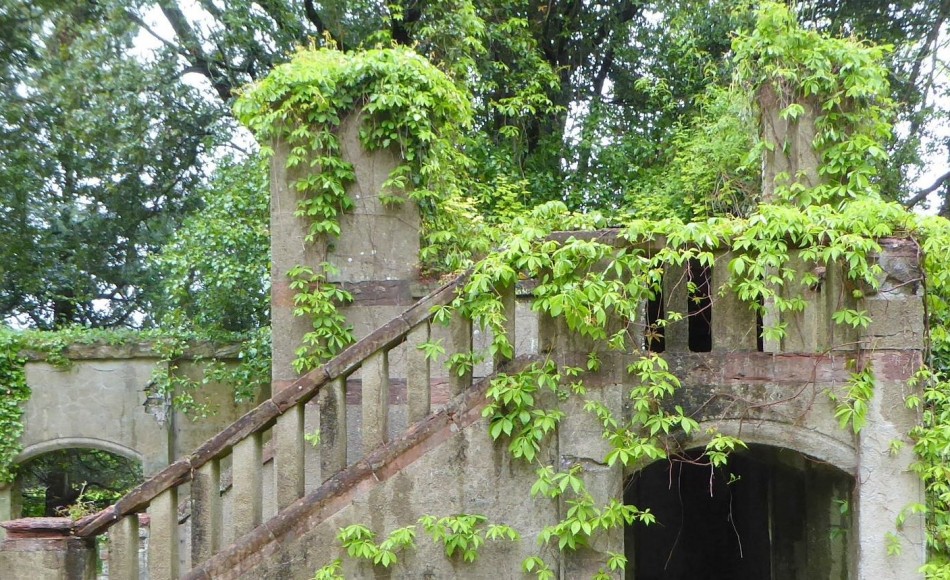 Summerhouse in need of restoration 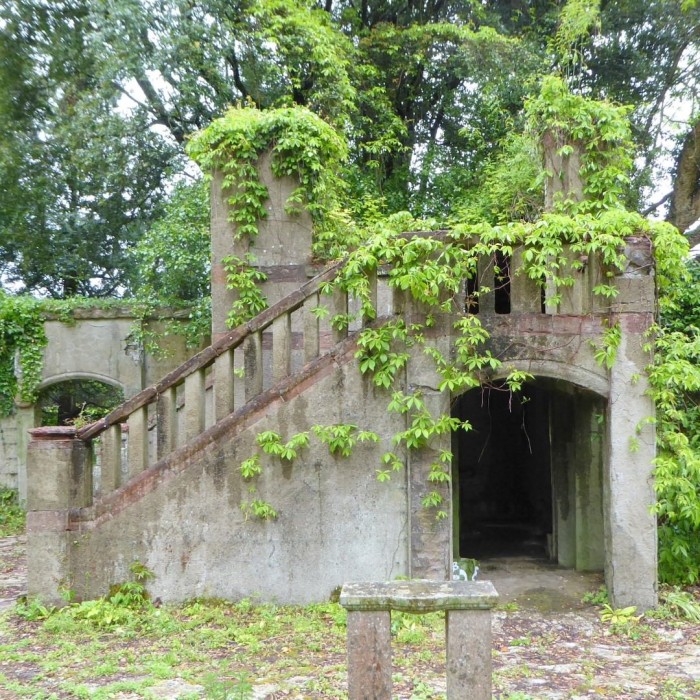 A secret garden that lay hidden for decades in deepest Devon is being revived.

Devon Live recently featured the secret garden at Great Ambrook, near Ipplepen, explaining that the garden - widely recognised as one of the finest gardens of its kind - is in the process of being brought back to life by new owners and volunteers.

The only known surviving garden created by T. H. Lyon (first Director of the Cambridge School of Architecture) the Italian Garden is of significant historical and architectural importance. The garden was built between 1909 and 1912 for Arthur Graham, who lived at Great Ambrook between 1899 and 1928, Lewis Bearne is thought to be the builder, who also worked on the construction of Castle Drogo.

Jonathan Rhind Architects worked on architectural drawings for the repair and reconstruction of a summerhouse.

John Alexander, from the Devon and Somerset-based specialist heritage architecture firm, said: “The garden at Great Ambrook is a true architectural and historical gem, and we’re excited to be contributing to such a significant project.

“As part of the project, the owners are looking to restore the original summerhouse, which has an eye-catching ogee pyramidal roof, which will provide 360-degree views across the stunning Devon landscape from the first floor.”

John added: “Our reconstruction drawings were based on the detailed historical research carried out by Angela Dodd-Crompton, carefully looking at old photographs and other work carried out by T. H. Lyon.”

Conservation, restoration and architectural work on the site is due to continue, with further tree removal and the development of a detailed conservation plan.