Plans for the Great White Palace 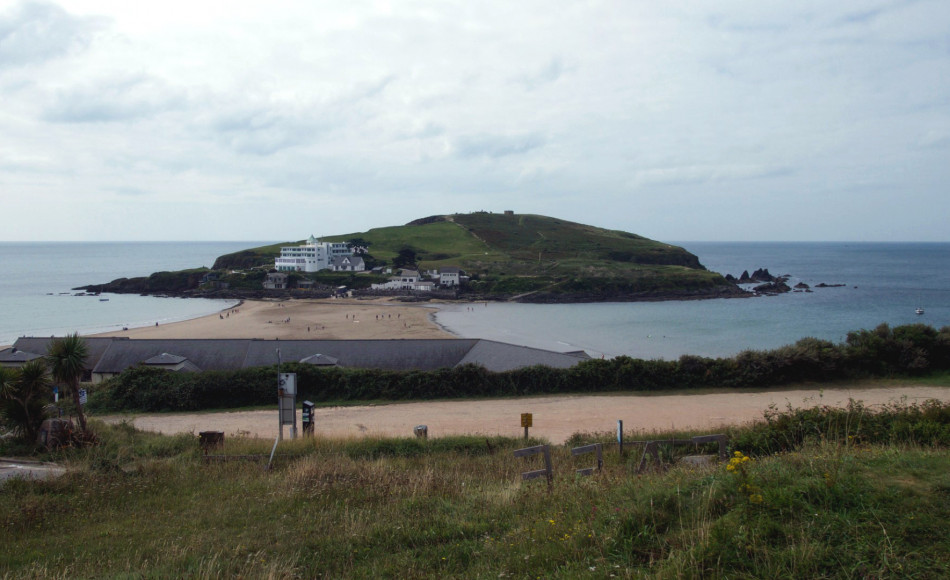 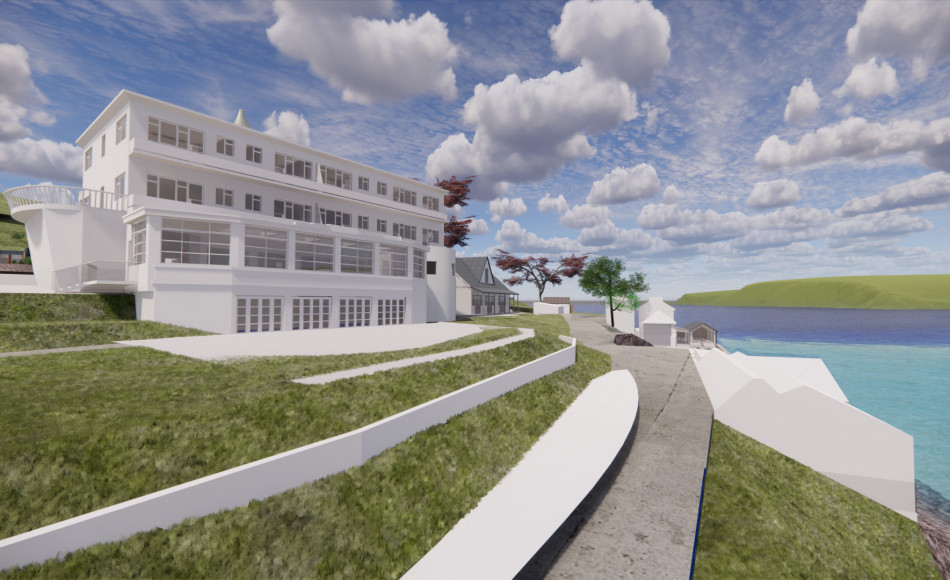 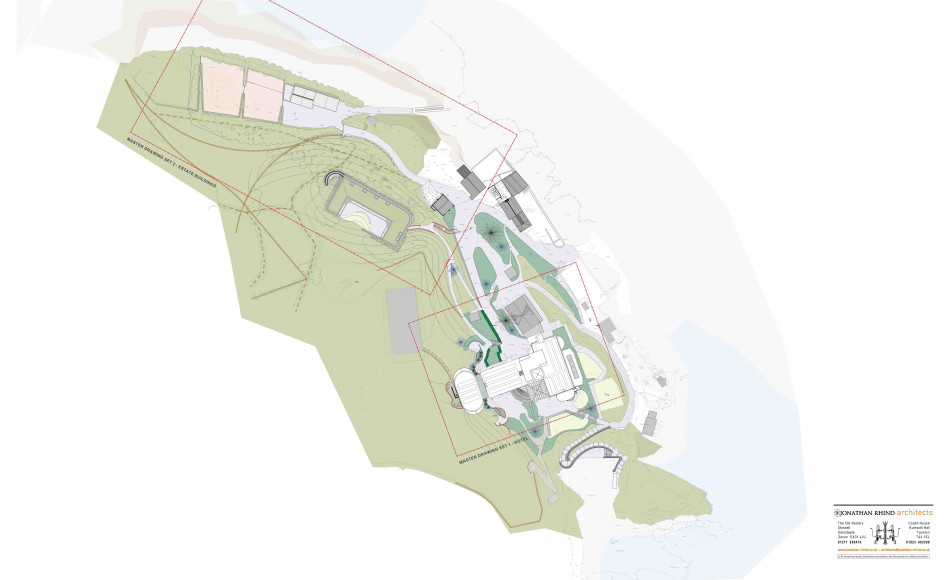 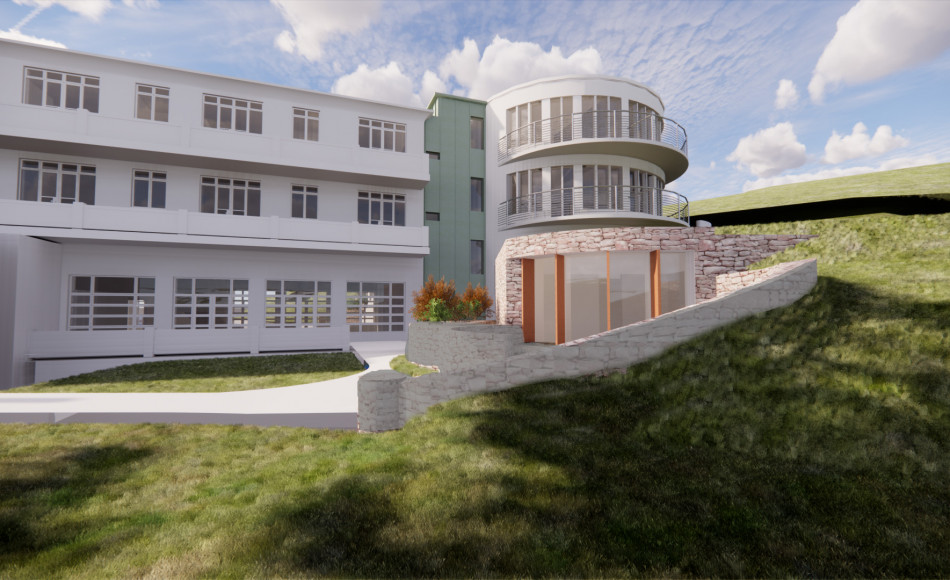 The proposed west wing extension responds to the interesting interior of the existing hotel, noting glass blocks, light wells, curved elements, deco details, while having an identity of its own 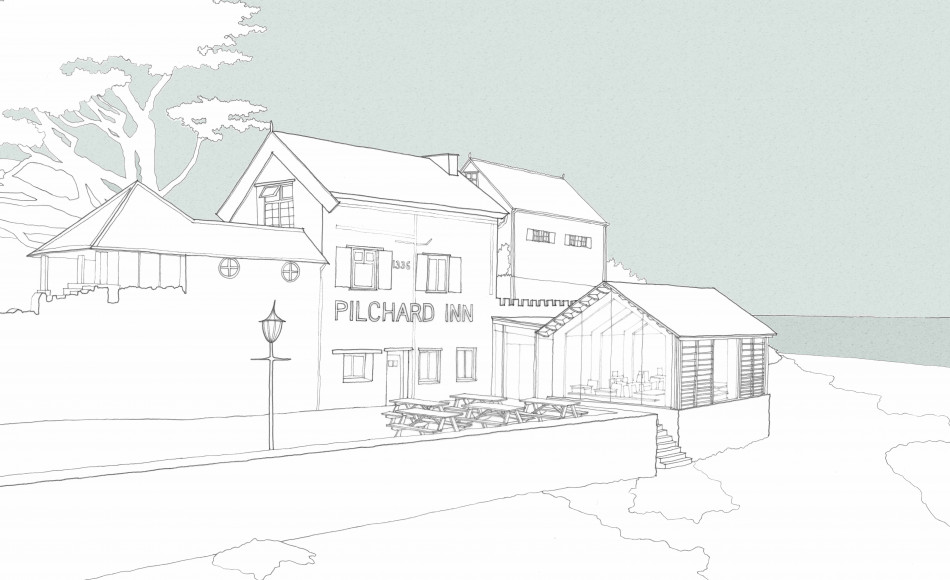 The Pilchard Inn extension will be a slate pitched roof pavilion with glazed walls; timber louvres with sliding windows behind and a zinc roofed single storey link to the main building 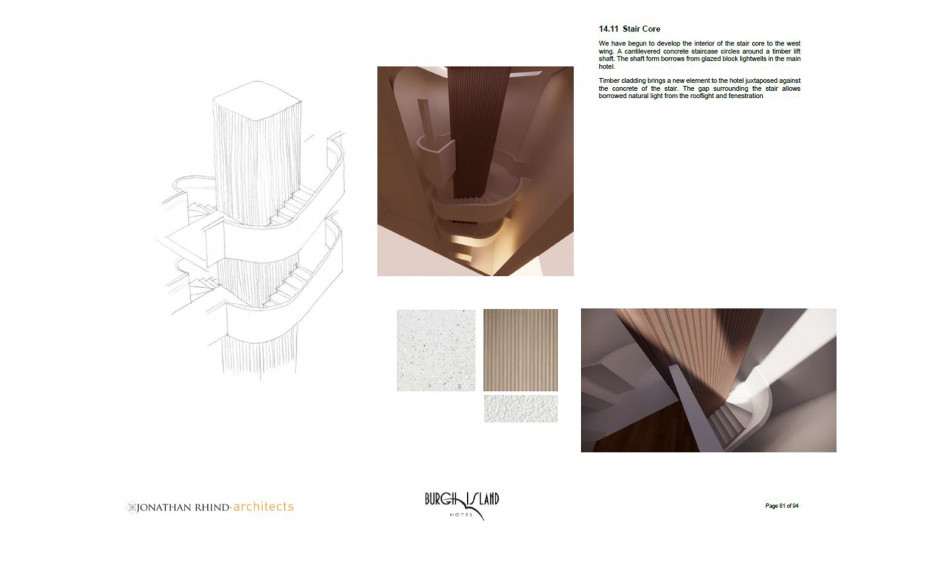 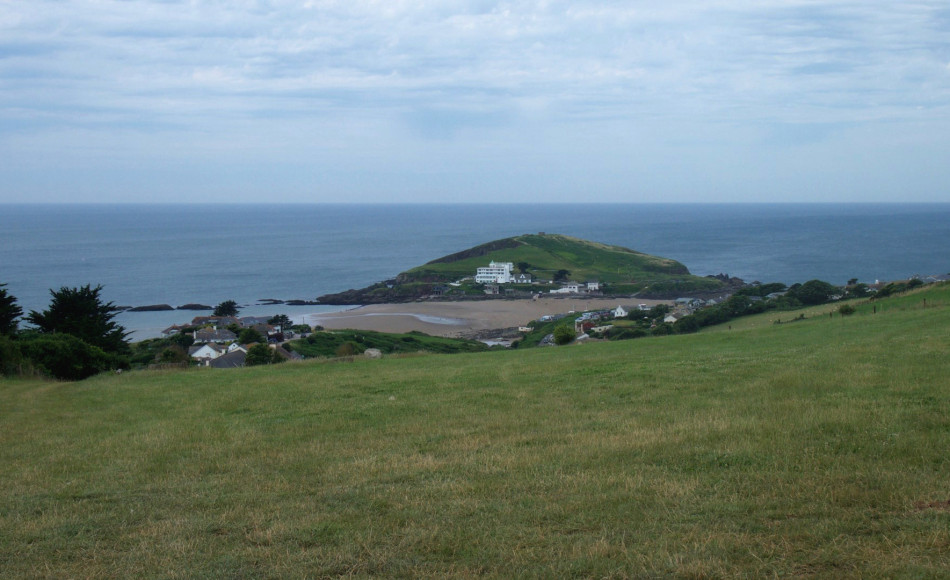 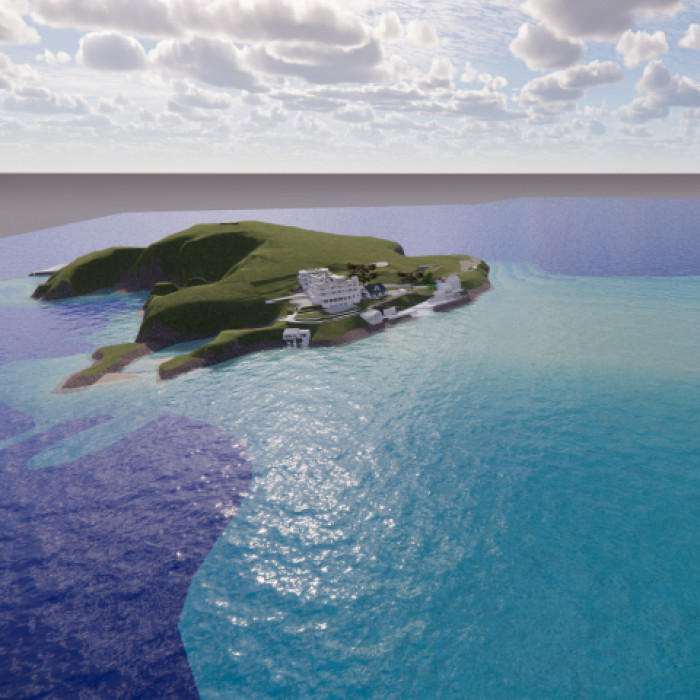 Following our appointment as Architects to the iconic Burgh Island Hotel, we are now delighted to share news that following a rigorous design process, and comprehensive consultation with the local community, the Design Review Panel and South Hams District Council an application for the proposed improvements has been submitted.

Burgh Island has a rich and romantic history. Rumours abound about what might have taken place on its rocky shores over the centuries – possibly a trading post for the Phoenicians; a resting place for the Holy Grail; a monastic sanctuary; and a base for 19th Century pilchard fishermen.

What is known is that in the 20th century it became a romantic party isle for music-hall star George Chirgwin, before Archibald Nettlefold, built a ‘modern’ seaside hotel in 1929 with castellated tower, chinoiserie balconies, and other flights of fancy as a party destination epitomising the frenetic Jazz-age. In the 1930’s it was much frequented by the rich and glamorous – from Noel Coward, Coco Chanel and Nancy Cunard to Josephine Baker, Agatha Christie and Winston Churchill. It was a place of aspirational modern architecture, hedonistic life-style and an escape to a wild and wave-lashed rocky promontory surrounded by the ocean.

The rich history and unique location which makes Burgh Island so special has contributed to the difficulties of running a modern hotel, and the iconic Art Deco building perched on its stony outcrop has been battered by salt-laden gales and crashing waves.

Jonathan Rhind Architects were brought on board to create a masterplan – to update the infrastructure and services with energy efficient upgrades; and to design sensitive new additions to enhance the offering of the hotel and weave the clients plans into the existing fabric and landscape with the minimum change to the character of the buildings or the wild island it sits on.

Substantial development on the island would not be appropriate, and so smaller more subtle extensions are proposed. These include an earth shelter built into the contours of the hillside to provide much needed staff accommodation, creating a private and light filled space with minimal impact on the surrounding landscape; a ‘cleverly articulated’ pitched roof extension to the gloriously theatrical Pilchard Inn – a small and polite addition with sympathetic materials and simple detailing; and the addition of exclusive rooftop suites, tucked discreetly below the distinctive cupola, the simple flat oversailing eaves of anthracite zinc giving a contrasting edge to the white apron of the belvedere – a modernist jewel on the robust ‘great white palace’.

Further additions and changes are planned to the Chirgwin accommodation, Nettlefold Bar, West Wing rooms, Bay view Restaurant and Spa, all taking into account the topography of the island, massing and relationship to existing buildings, rhythm of fenestration and materials and character. Balancing new design which complements the existing art deco style, we have begun to develop the interior of the stair core to the west wing. A cantilevered concrete staircase circles around a timber lift shaft, which borrows from glazed block lightwells in the main hotel. Timber cladding brings a new element juxtaposed against the concrete of the stair, and the gap surrounding the stair borrows natural light from the rooflight and windows.

Jonathan Rhind Architects have been working closely with numerous consultants on the project including Doug King Consulting who is aiming to make the site holistically lower in energy and resource use. We will be making use of sustainable technologies such as heat recovery and rainwater harvesting, as well as opportunities to address user behaviours and energy efficiency. Ultimately the aim is to achieve zero carbon for the whole scheme.

The clients’ aspiration is to provide an exceptional experience for guests, the local community and other visitors (as well as hotel staff), based on an ethos of providing an outstanding lasting legacy which is relevant and sustainable for the present and the future.

Our designs have been driven by the owners’ passion and vision – to draw on the past and present values of Burgh Island, to recover the great white palace of the 1920s; to be its absolute best, while making it a relevant sustainable eco-hotel for the 2020s.