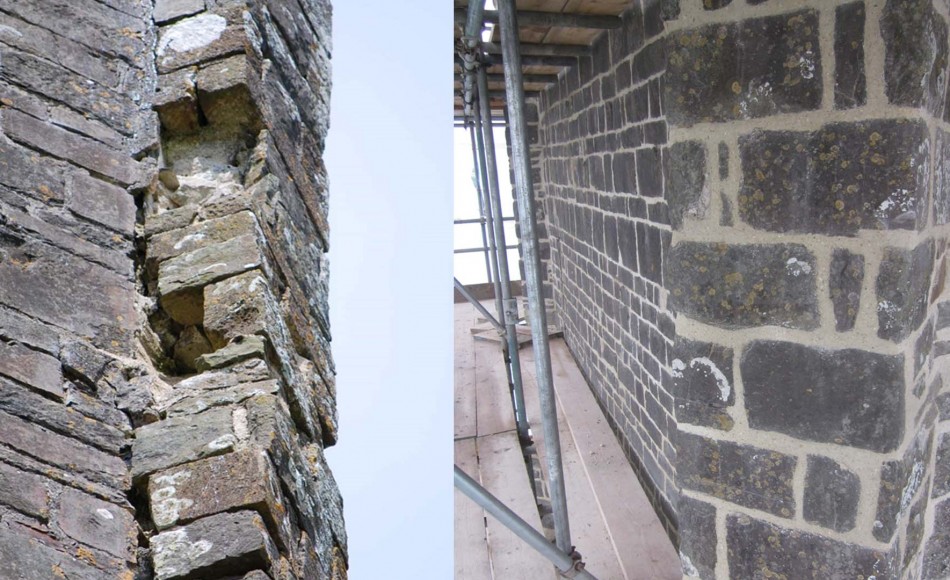 An example of the defects and repairs undertaken. 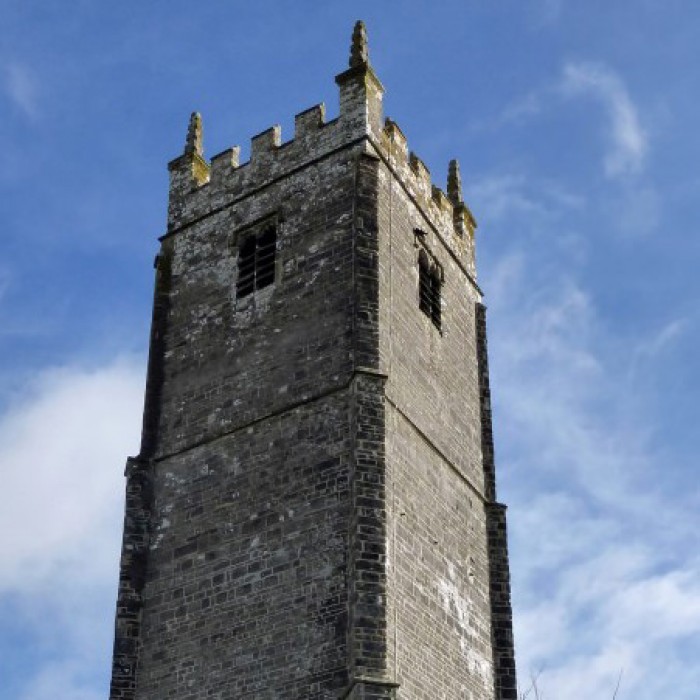 Jonathan Rhind Architects has been shortlisted for the King of Prussia Gold Medal Award for its conservation work at St Mary’s Church in High Bickington, Devon.

The award, run by the National Churches Trust and the Ecclesiastical Architects and Surveyors Association, celebrates brilliance in conservation and repair work on churches across the UK.

Whilst some of the Grade I church dates back to Norman times, repair work was focused mainly on the 15th century tower, which had undergone a number of repairs over the past 100 years to make it more structurally sound.

Previous repairs had unfortunately not been substantial enough to ensure that the tower remained stable and in 2010 the grounds of the church were closed to the public due to health and safety concerns.

In the same year, the bell ringers were told they would no longer be able to ring the church bells for fear that the vibrations might cause further damage to the church tower, this was seen as a real blow to the local community.

With the church acting as such a central landmark of not only the village, but also the surrounding area – with High Bickington perched on top of a hill – Project Architects Jonathan Rhind and Jonny Poland were keen to conserve the church’s original character where possible.

After a thorough assessment of the building’s existing fabric, it was decided that modern intervention was necessary in order to stabilise the structure of the tower. The sensitive modern reinforcement techniques coupled with the removal, repair and rebuild of each individual stone in the church tower meant that in Spring 2015 the church bells began to ring again and the building was opened to the public.

The winner of the King of Prussia Gold Medal Award will be announced at a ceremony in London on the 3rd November, the winning church will also receive a £500 prize.

Click here to find out more about our church conservation work >>>