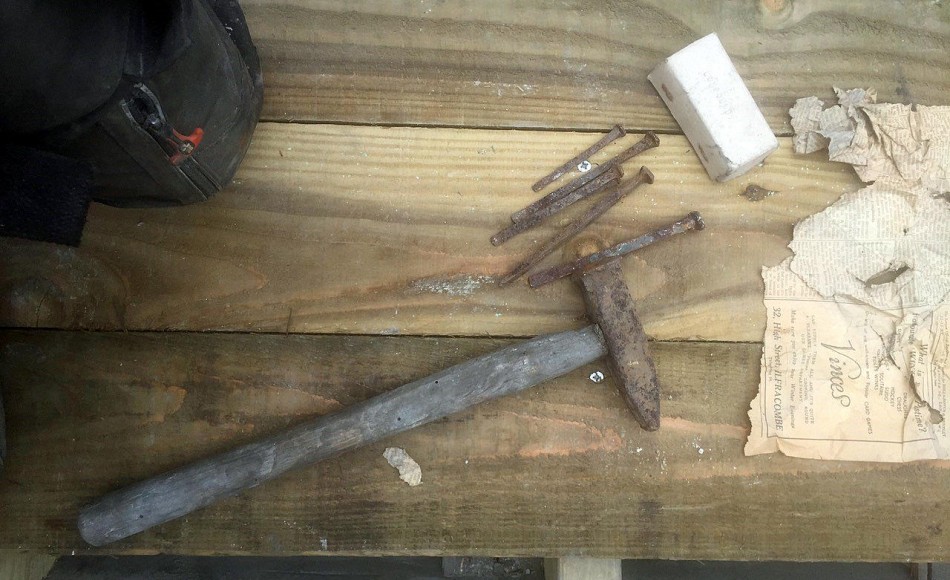 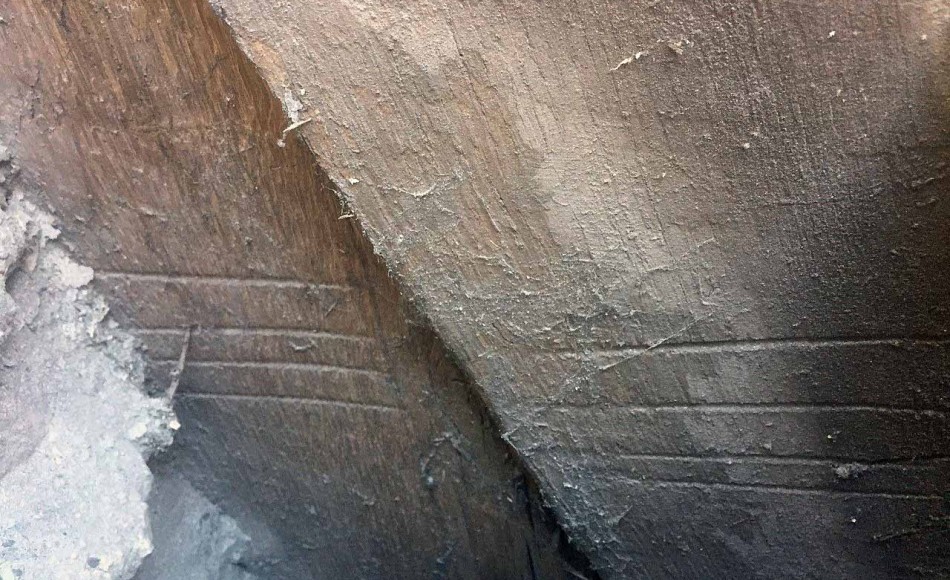 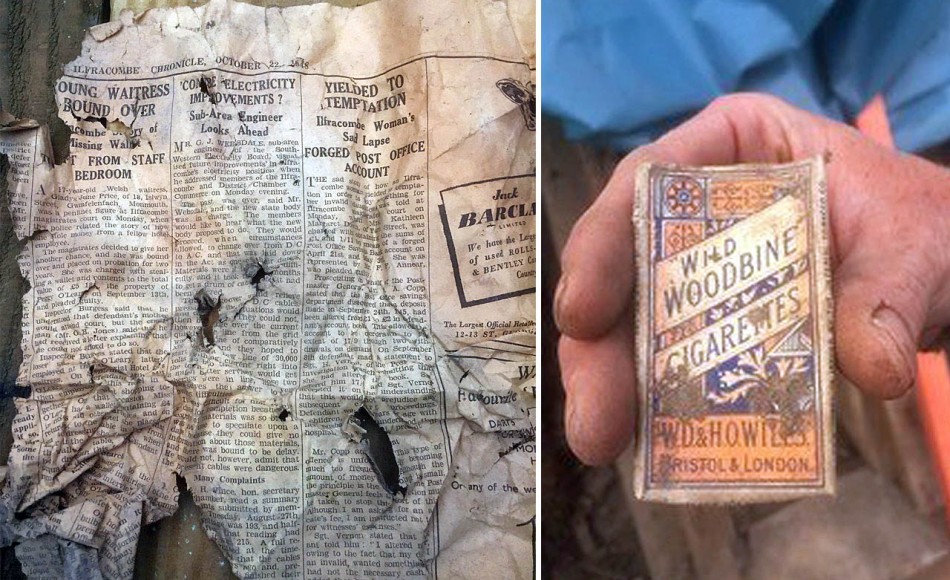 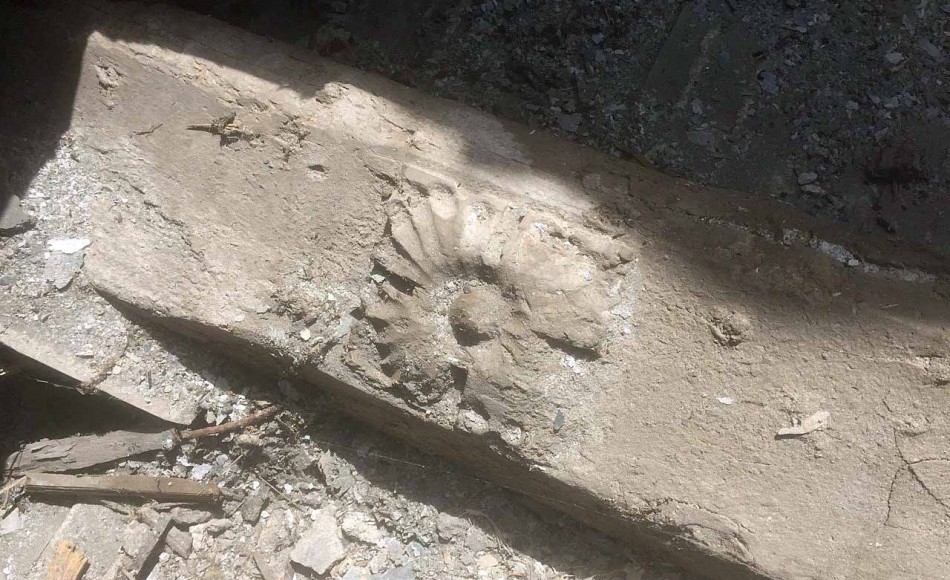 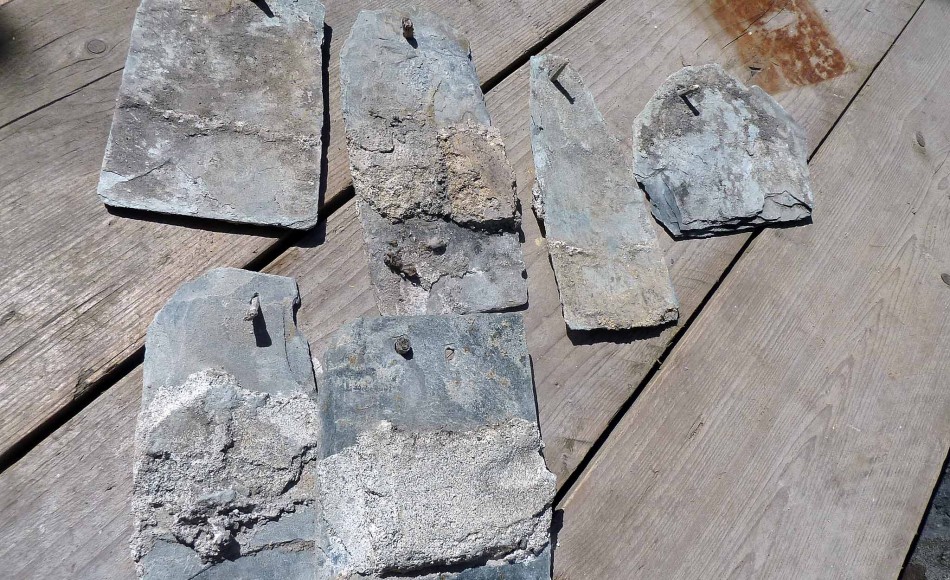 Peggy slates with oak pegs and remains of mortar bedding 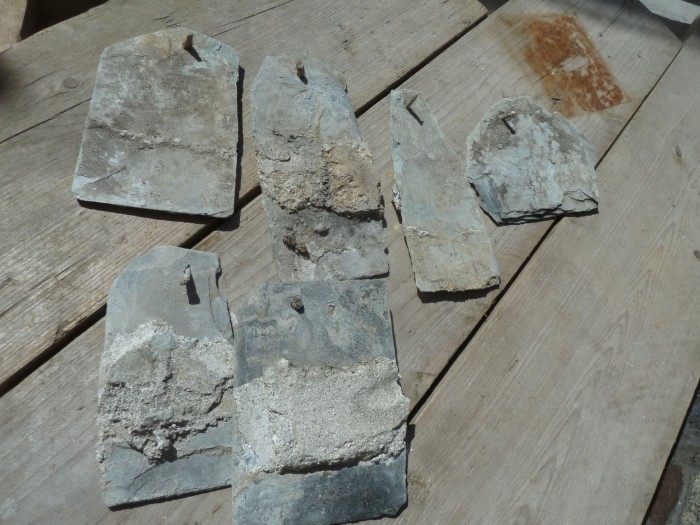 Historic artefacts have been discovered at a 13th century North Devon church during re-roofing works as part of essential conservation repair work, which Johnathan Rhind Architects has been overseeing.

Holy Trinity Church in Ilfracombe is a Grade I listed building in the centre of the town and is currently on Historic England’s Heritage at Risk Register.

The JRA team has been responsible for specifying and overseeing the project. Work got under way in June 2017 following a successful application for funding from the Heritage Lottery Fund’s (HLF) Listed Places of Worship (LPOW) scheme.

When the current roof slates were carefully removed, several relics of previous roofs, including “peggy” slates – small slates fixed with a small oak peg usually with a mortar bedding – were uncovered. Sections of carvings dating back to the 15th century, old tools, cigarettes and newspaper cuttings were also discovered.

The 1948 newspaper cuttings give an insight into Ilfracombe’s local small businesses operating at that time and document the details of a young ‘sticky fingered’ waitress and her subsequent appearance at the Ilfracombe magistrates court.

Rick Gilroy, project technician, explained: “The discovery of items in the roof is rather unusual, and the “peggy” slates, a significant find. The surviving slates were re-used to slate the octagonal stair turret spire roof.

The roof requires a substantial amount of work which is being carried out in two phases due to the scale of the project.

External work to the east end of the church was completed in December 2017 and included new lead valley gutters and repairs to the turret stonework and the windows.

Work to the interior plastering is continuing over the winter with the use of background heating.”

Following a grant from the Heritage Lottery Fund JRA hope to start work on phase two of the work this spring.

Phase two will include repairs to the western end of the roof including repointing the ancient Norman stone tower and repairing the damage caused by salt water to the Arts and Crafts window which was created by famous Victorian stained-glass painter, Walter Kempe.  The application is currently with the HLF for grant consideration.

“Phase one of the project has gone very well, generally on time and budget,” Rick added. “The quality of the work carried out by Jamie Brown Roofing & Leadwork has been to a very high standard.

The discovery of the original scantle (peggy) slates was a very interesting find and were in good enough condition for re-use with details of the other artefacts being recorded by the project archaeologist.

We are now looking forward to phase two.”