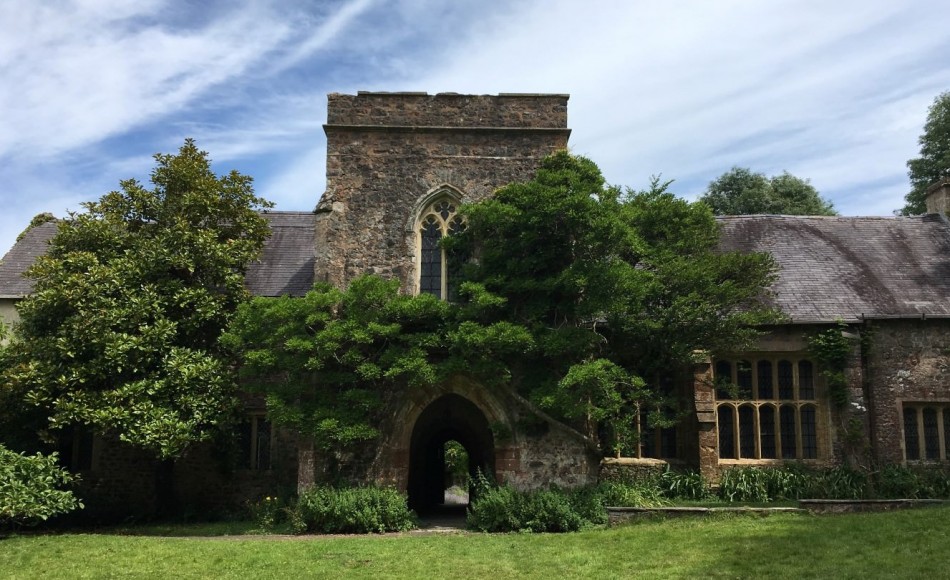 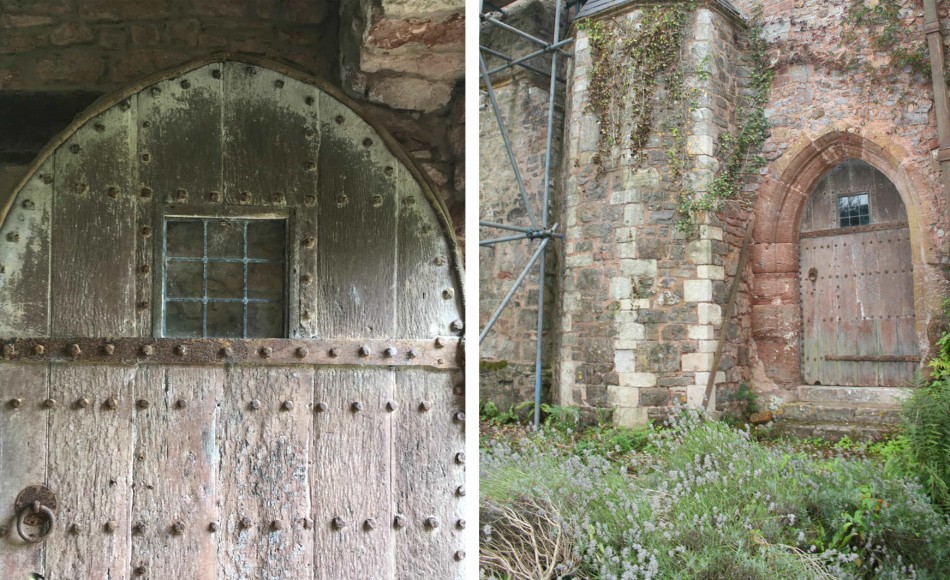 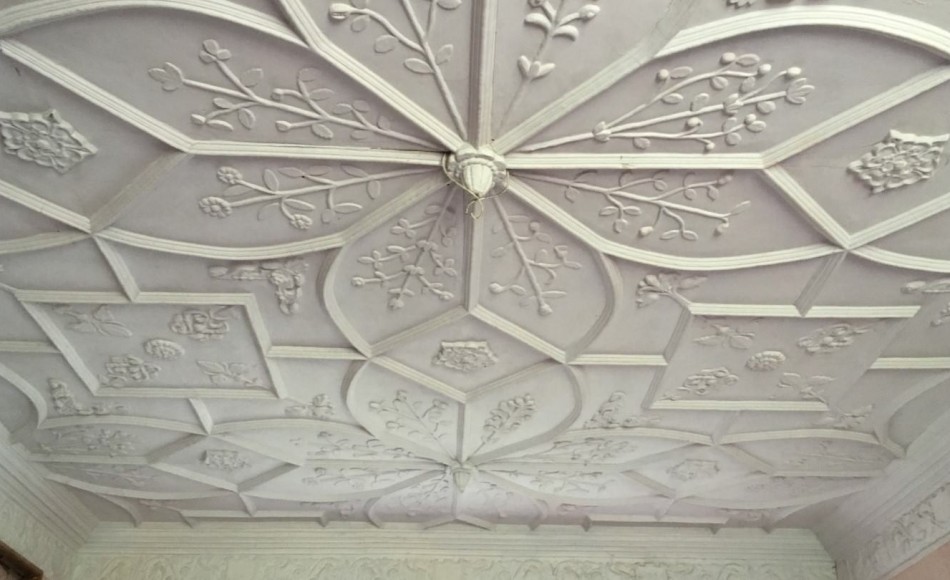 The decorative plaster work of the ceiling in the parlour 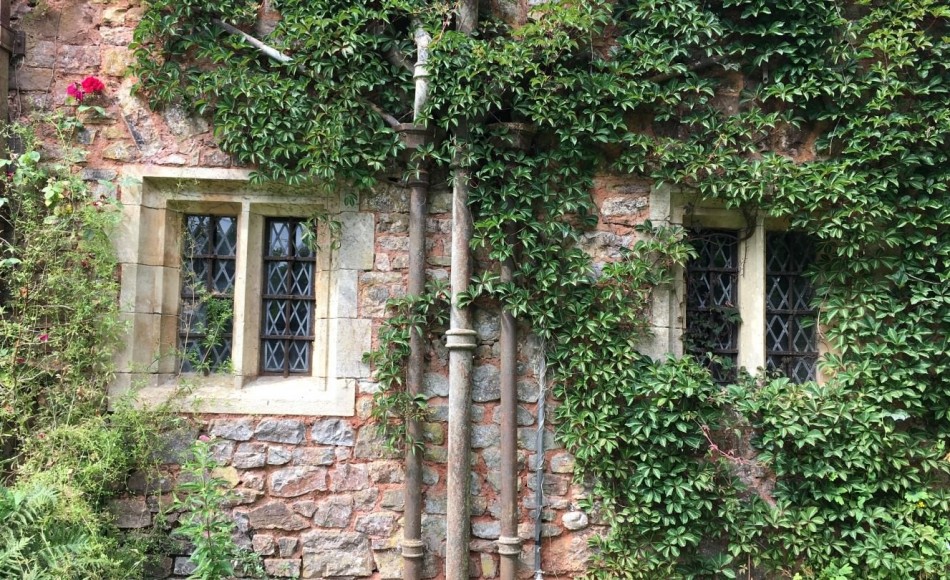 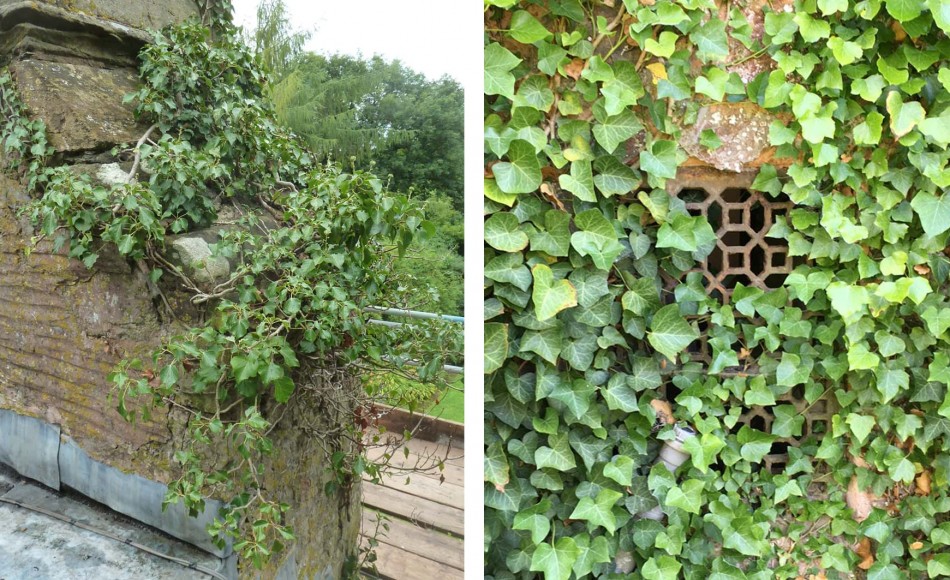 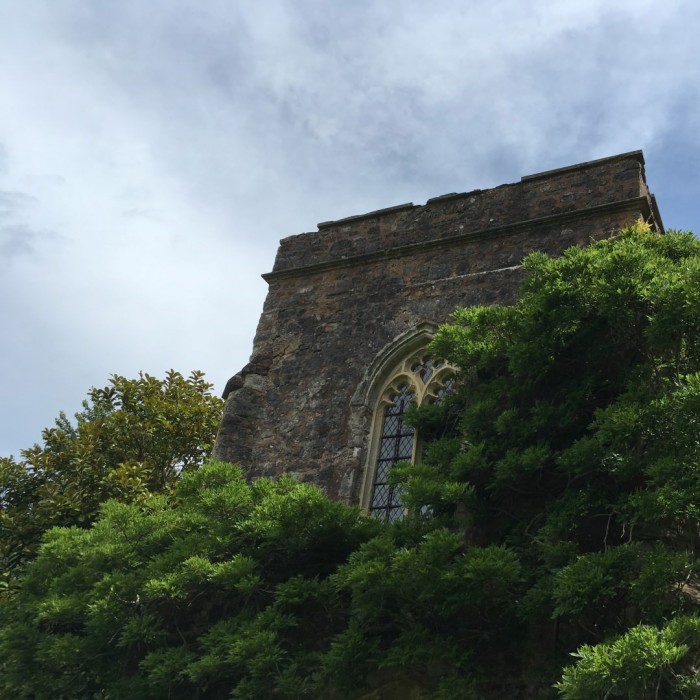 Jonathan Rhind Architects have been working on the drawings and schedule of work for the renovation of Greenham Barton, a grade I listed manor house set in around 50 acres situated within the small hamlet of Greenham in South West Somerset.

The clients, who purchased the property in 2017, are experienced and knowledgeable having previously restored a medieval hall in Suffolk. They have now moved to a nearby cottage to be close to the manor house when work starts this summer.

The manor’s current condition could be described as having been subject to benign neglect and the new owners are looking to restore this important building and surrounding site to a significantly better condition.

Julian stated how pleased he was that the collaborative approach preferred by Jonathan Rhind Architects had resulted in a timely approval of the application.

‘I am now looking forward to starting on site to begin the restoration of this marvellous medieval manor house.’