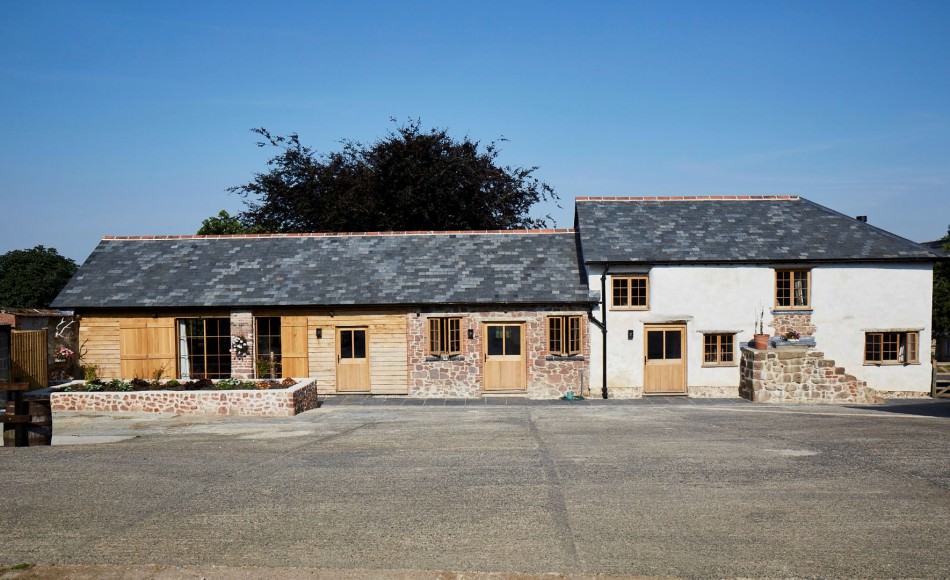 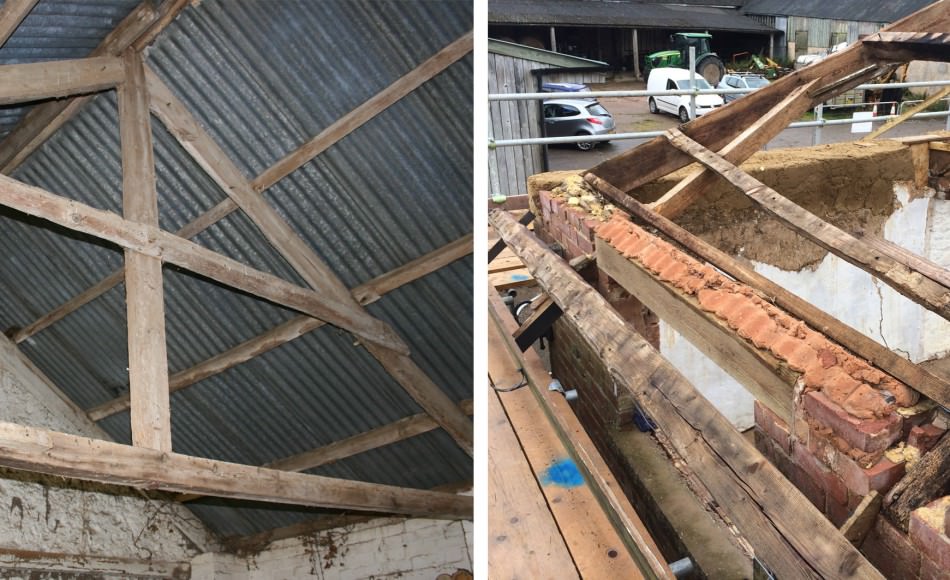 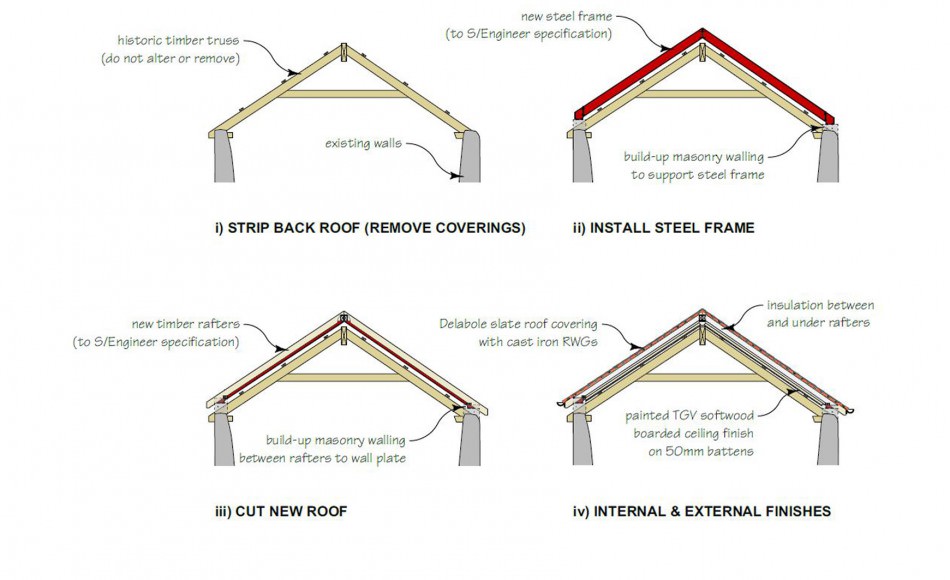 The stages of building the steel frame over the historic trusses 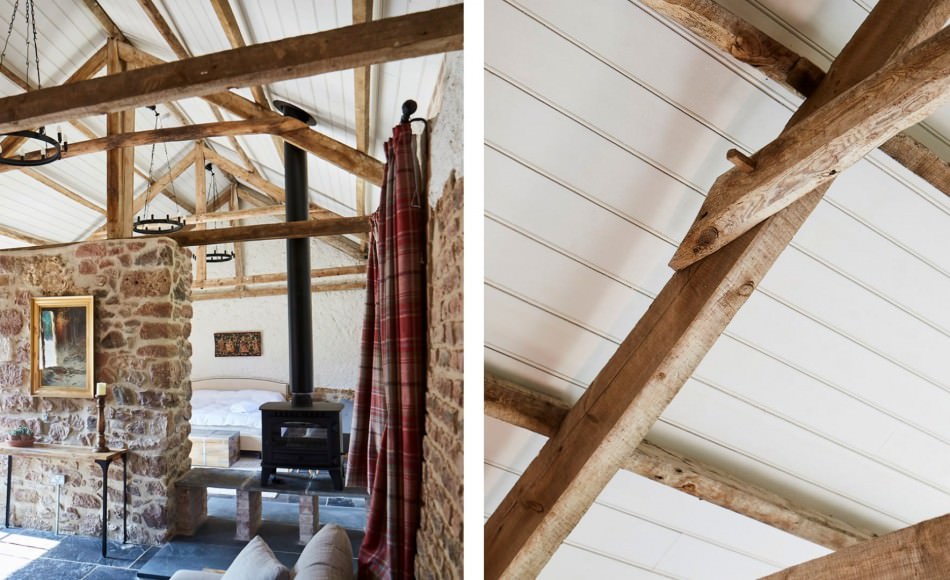 The interior with the original roof trusses still in position 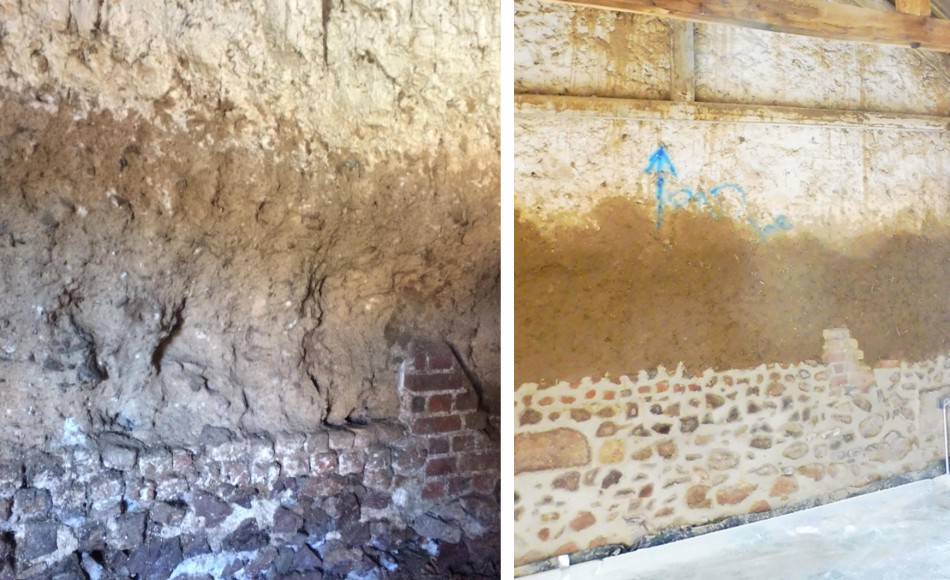 Cob wall before and during repair 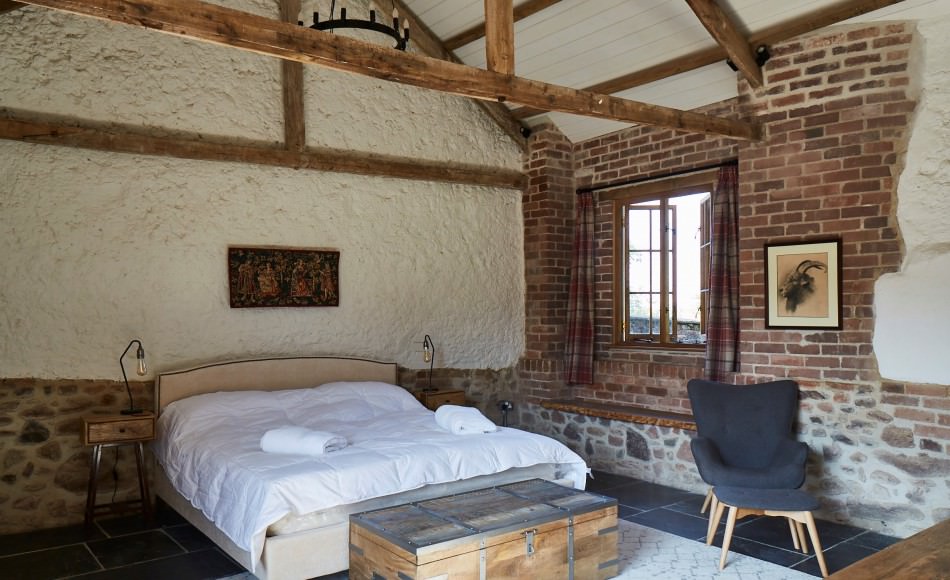 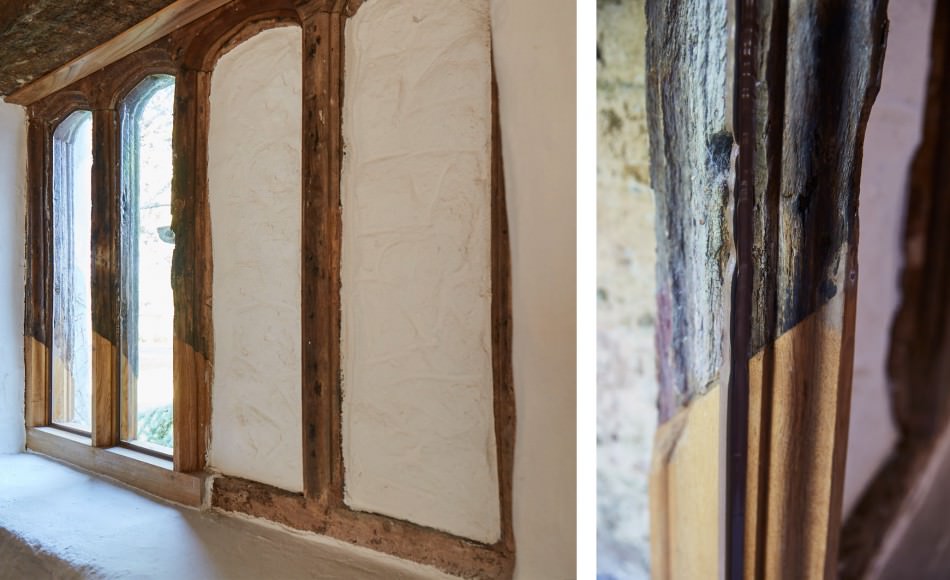 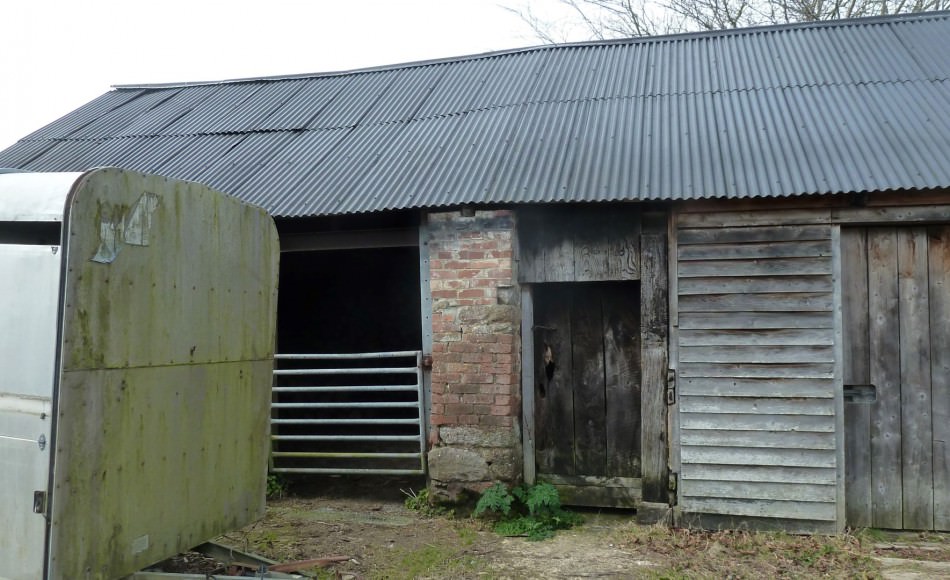 Barn openings prior to works 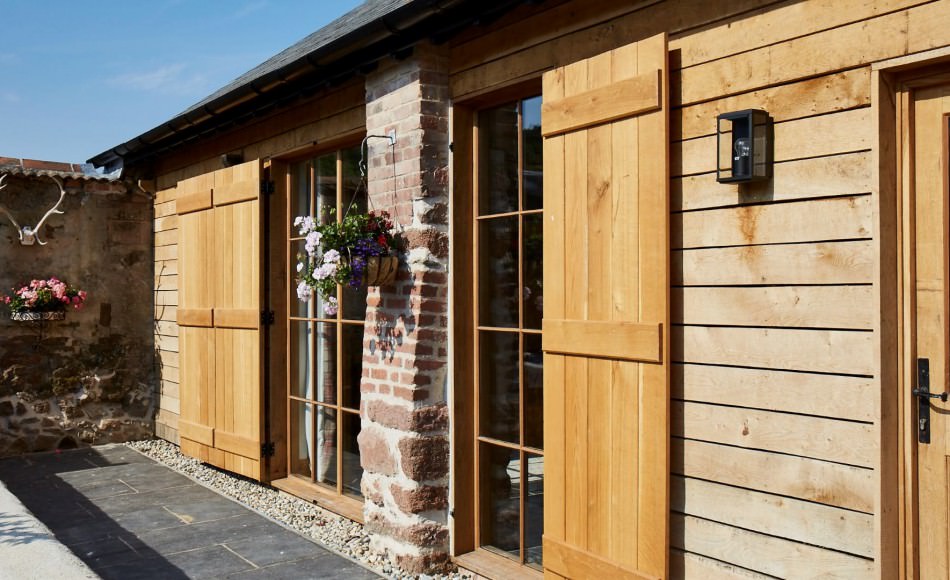 Bespoke window joinery to create a light and airy space 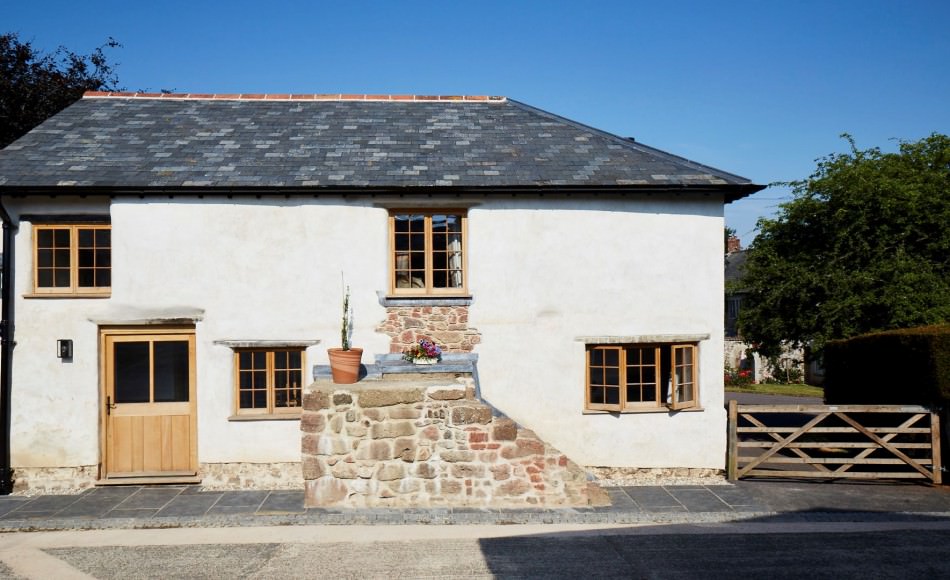 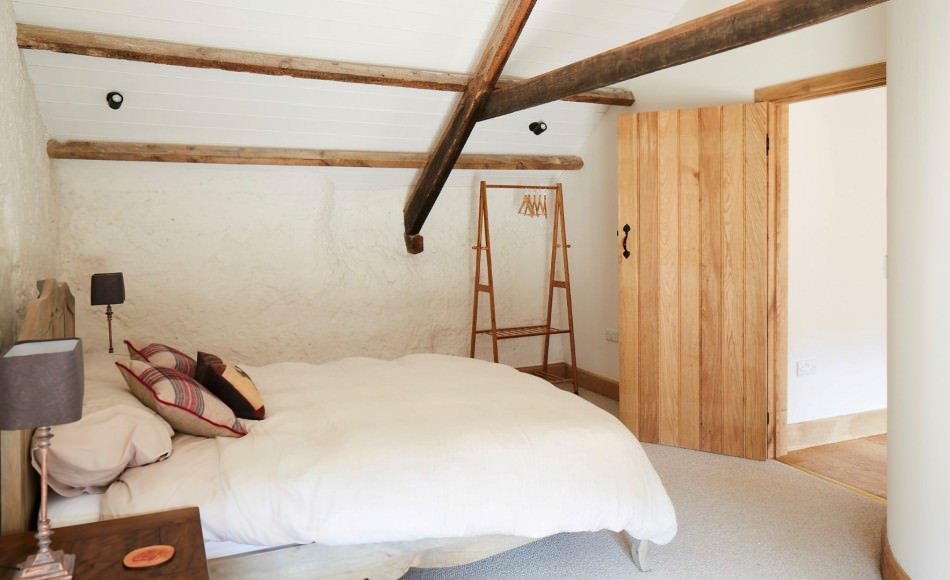 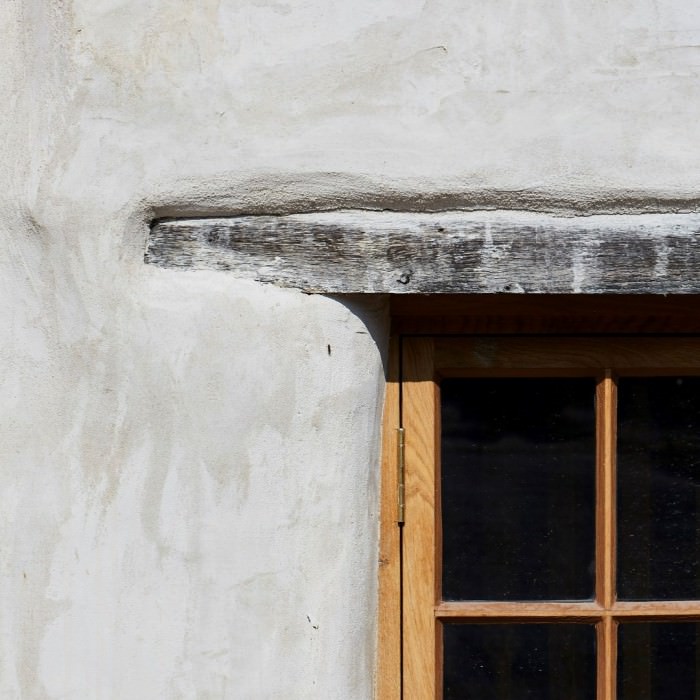 Works to repair, upgrade and convert a redundant agricultural barn on an estate in the historic Teign Valley have been completed twelve months after works began.

The Grade II* listed barn had fallen into disrepair and required significant work to upgrade the fabric of the building, whilst retaining its historic character and appearance. Some of the most interesting aspects of the build are as follows:

Project lead, Director and Architect Julian Clayton said, ‘It is very fulfilling seeing this challenging project come to fruition. We were able to bring Jonathan Rhind Architects’ specialist knowledge and experience in cob repair and barn conversions to the project, which allowed us to retain the historic fabric of the building.’

For more information about some of the other projects we have worked on, please see our projects page.