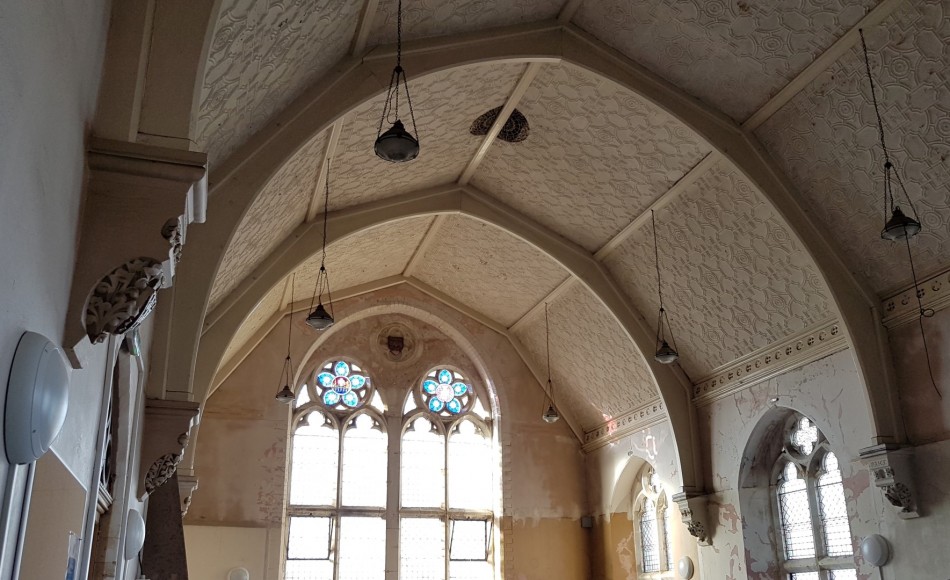 The vaulted ceiling of Bridge Chambers which now needs renovation 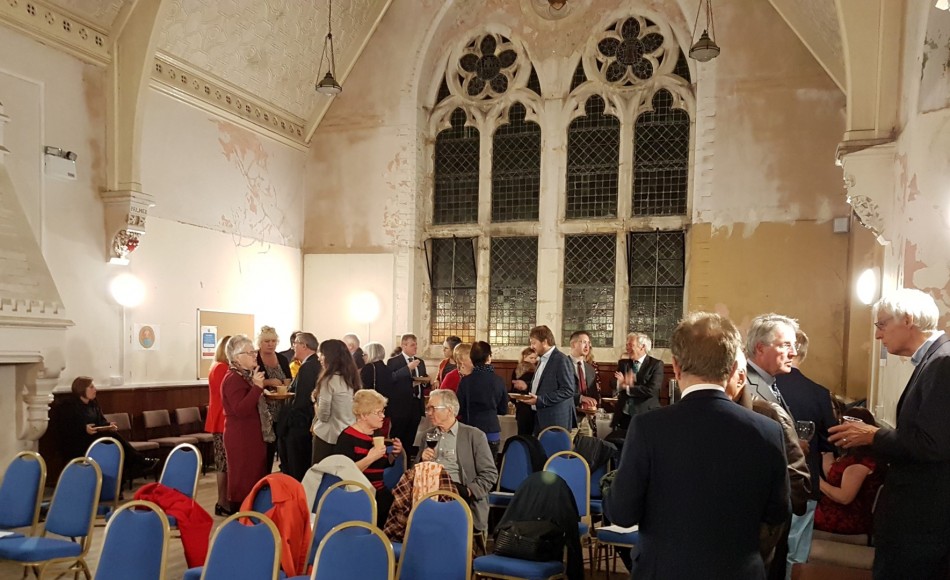 Over 60 local residents attended the event 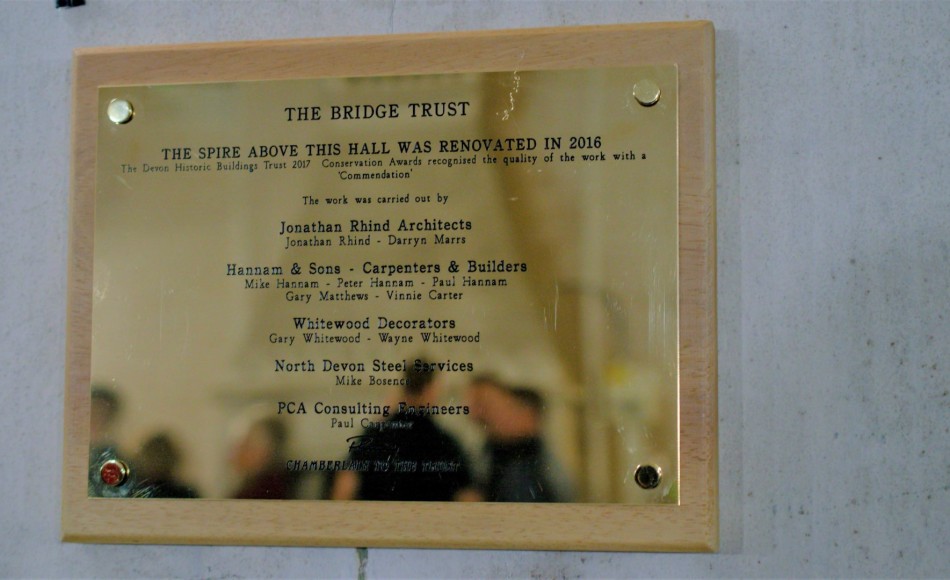 The Bridge Trust unveiled a plaque to those who had been involved in the repair and conservation of the spire. Photo courtesy of Shena Ruth Photography 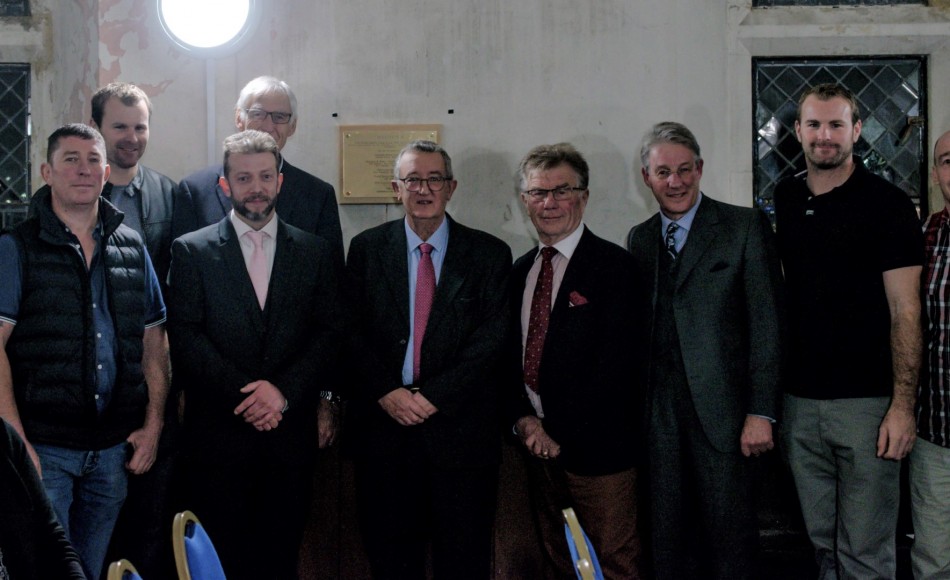 The project team who worked on the spire renovation. Photo courtesy of Shena Ruth Photography 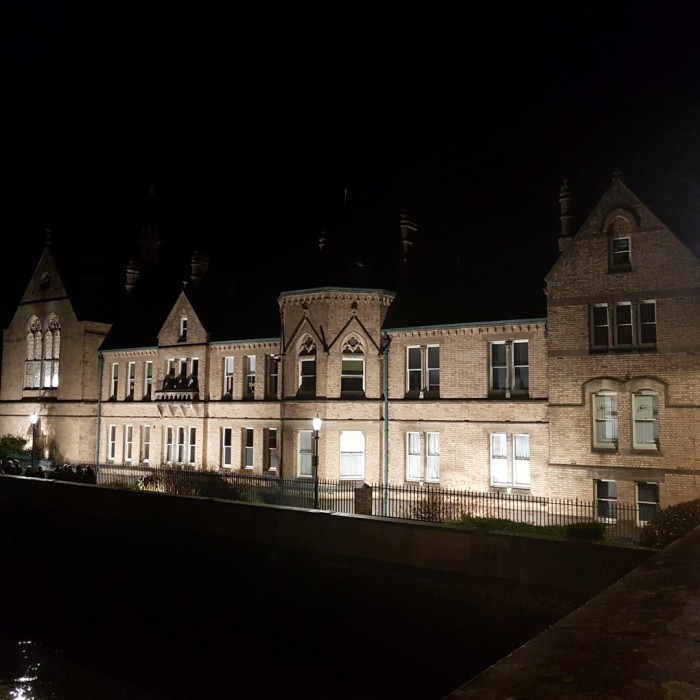 At the end of November, The Bridge Trust in Barnstaple held their inaugural awards evening in which six awards were made to applicants who had applied for grants to benefit the community of Barnstaple.

The Bridge Trust are second only to the council in being the oldest organisation in Barnstaple, dating back to the thirteenth Century and have been contributing grants to the North Devon area for many years. In the last twenty five years alone they have contributed in excess of £2 million to local charities and charitable organisations.

The event was held in the striking Grade II listed 19th Century Bridge Chambers, former home of the Barnstaple Magistrates Court. Bridge Chambers now offers serviced business accommodation and is itself in need of repair, conservation and upgrading works, and Bridge Trust are in the process of fundraising for the renovation.

In 2016 Jonathan Rhind Architects undertook repair works to the spire at Bridge Chambers, which was suffering structural and historic detailing issues, and required a thorough repair strategy. The conservation works were highly commended in the 2017 Devon Historic Building Trust’s Building Conservation Awards. At the ceremony last week, a plaque was unveiled to recognise the achievements of the project team and celebrate receiving the commendation.

There was also a small ceremony in which the Mayor of Barnstaple switched on the external LED lighting, installed to complement the new lighting on the Grade I long Bridge, adjacent to Bridge Chambers and also formally maintained by the Trust.

Director Jonathan Rhind and Senior Technologist Darryn Marrs who were instrumental in the preservation works to the spire, were delighted to attend the evening and look forward to working with the Trust on an ongoing basis to conserve and maintain the Bridge Trust properties.