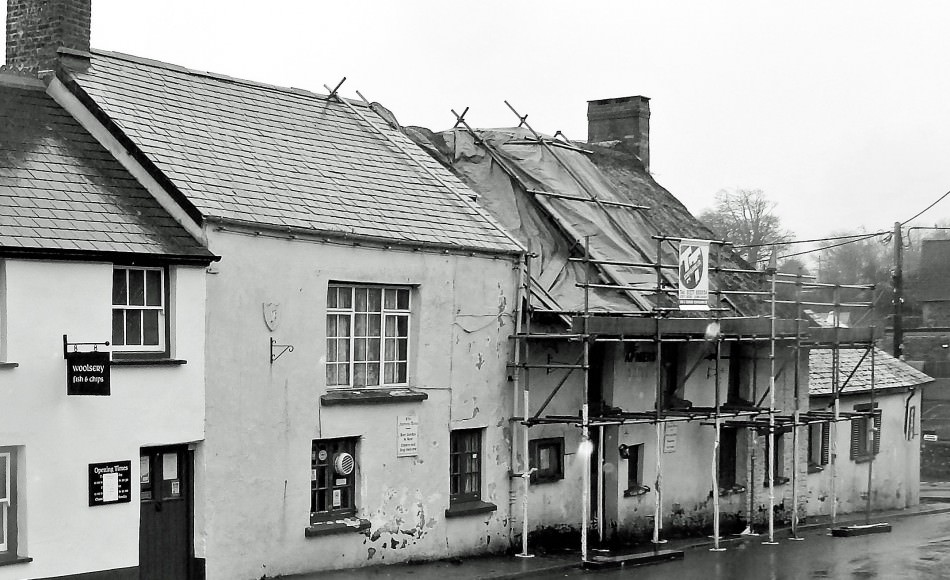 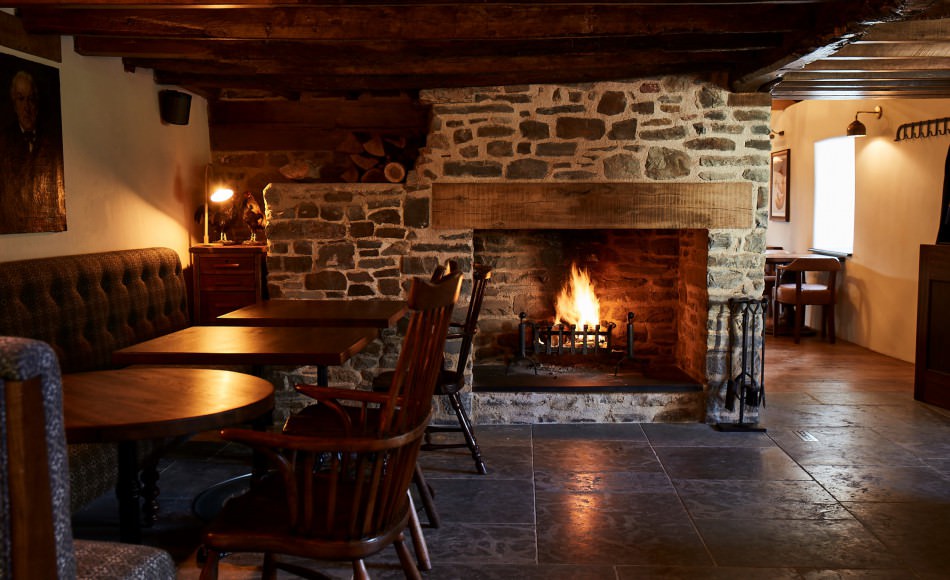 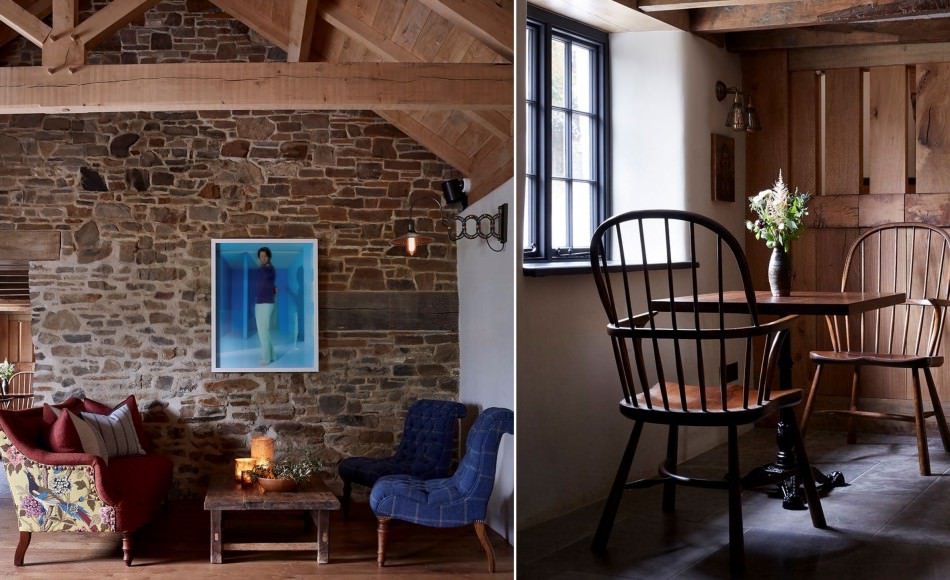 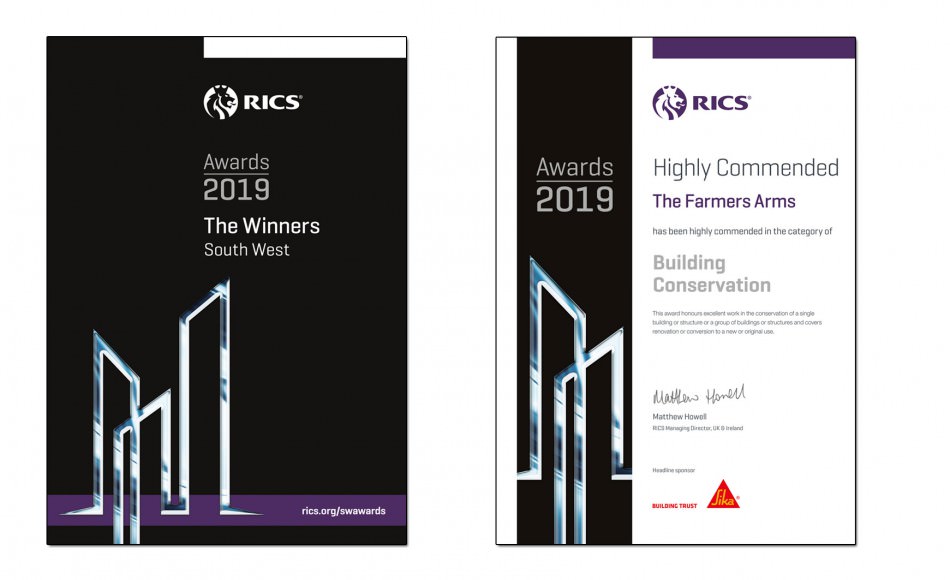 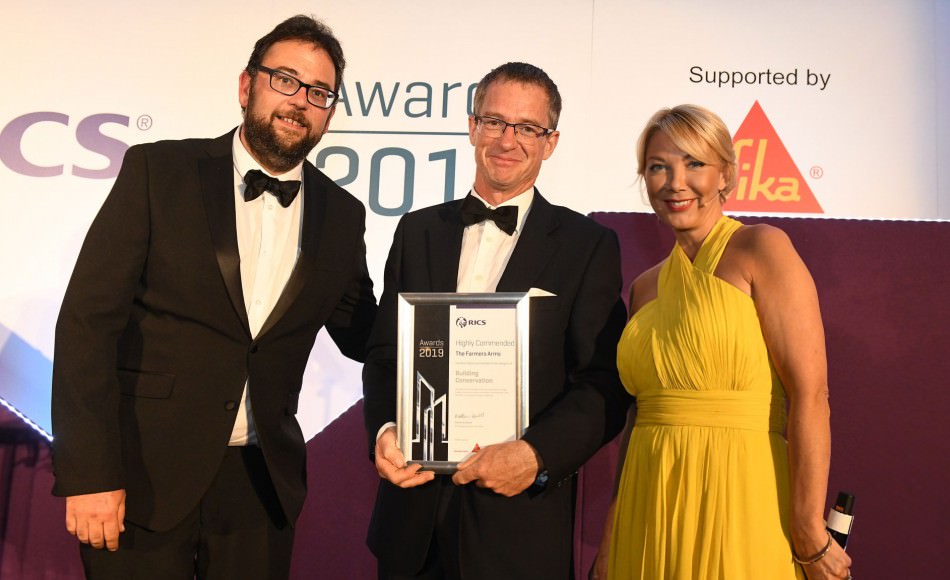 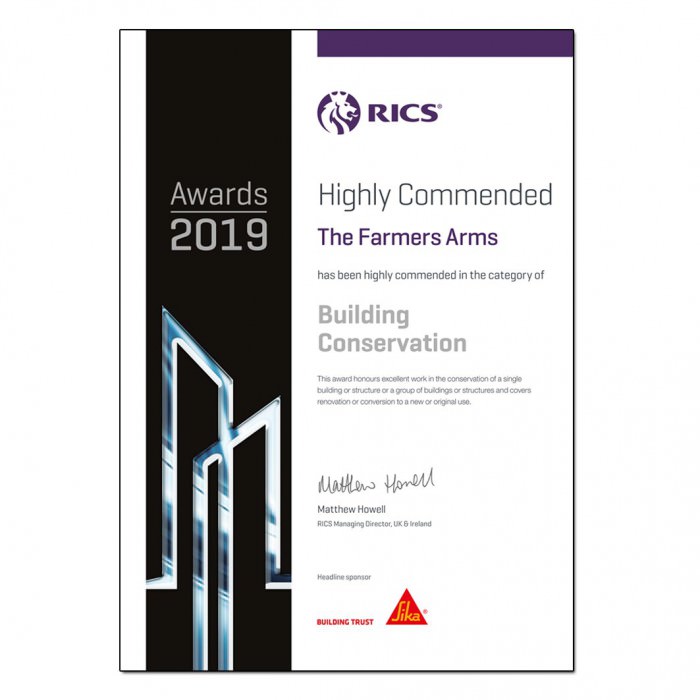 The Farmers Arms pub in Woolsery has been highly commended in the prestigious RICS South West Awards. The project was up against stiff competition in the Building Conservation category, with the much deserved multi-million pound renovation of the iconic Old Vic in Bristol winning the category as well as the much coveted project of the year award.

The awards ceremony was held last week in Bristol, and was attended by many of the South West’s top property professionals. Jonathan Rhind Architects Director, John Alexander, who attended the ceremony said, ‘there was a very high calibre of entries across the awards and we are thrilled that the Farmers Arms has been highly commended in the Building Conservation category. Coming up against such a culturally important project as The Bristol Old Vic was always going to be tough competition, but we are delighted that The Farmers Arms has been singled out for commendation.’

The Farmers Arms project is only the beginning of the regeneration of the centre of Woolsery, injecting new life into the tired and derelict listed buildings that were historically so significant to village life. The project involved both the renovation and repair of the existing grade II listed cob and thatched building as well as creating a lofty new barn extension. With many pubs in the country being converted to housing Michael and Xochi Birch, who are the driving force behind the project, wanted to ensure not only the building’s future but also to preserve its role as a pub for the community to enjoy.

The opening of The Farmers Arms in October 2018 was the catalyst for the next phase; which includes the renovation of the derelict Grade II listed Manor House across the road into a 17 bedroom hotel and restaurant, the renovation of the village shop and the development of a 70-acre organic farm which will supply the pub, restaurant and village with fresh produce, boasting zero food miles. The large lawn at the front of the Manor is set to become a village green.

The RICS Awards celebrate the most innovative property construction projects in the UK, and to be recognized for our work is confirmation of the success of our collaborative approach to projects, understanding the client’s brief and working with them and other agencies to realise their goals.

To read more about The Farmers Arms see our projects page.