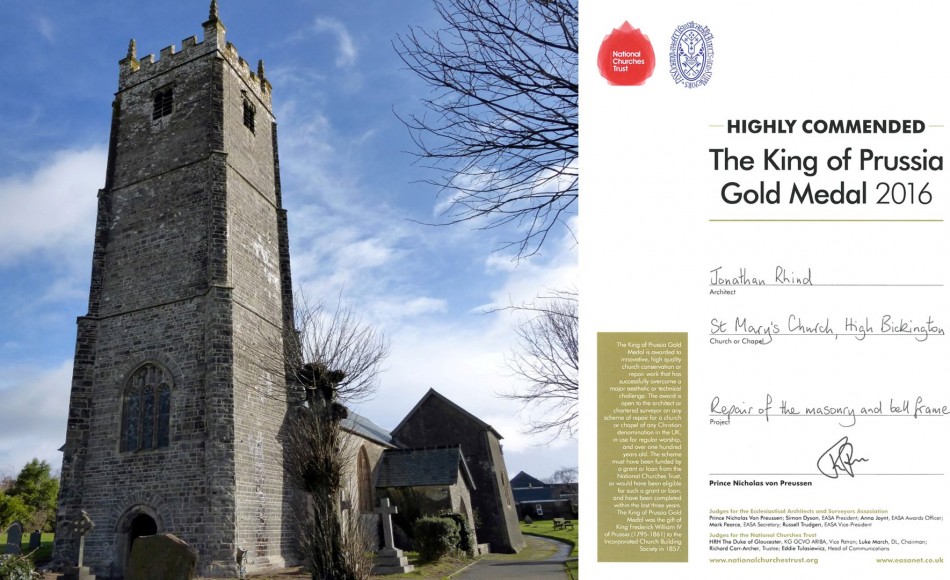 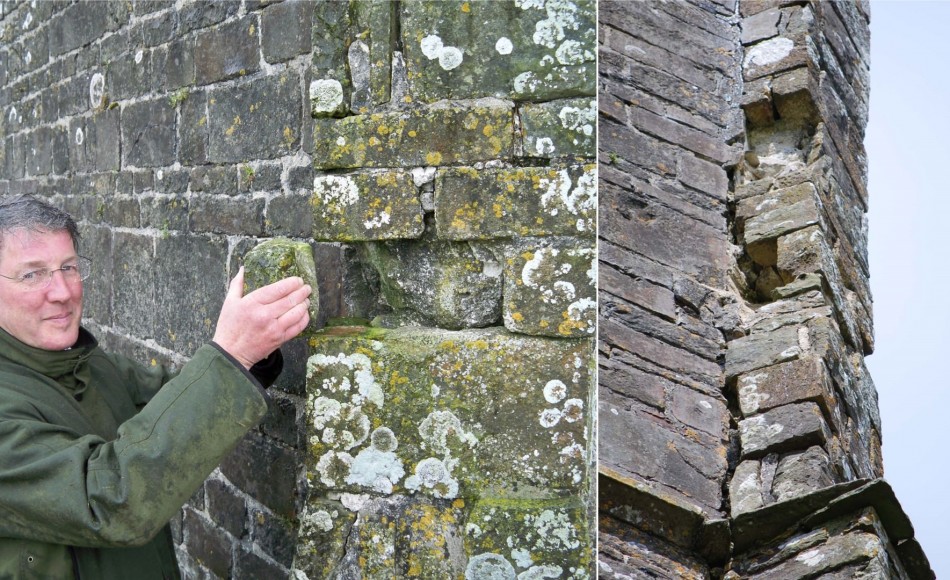 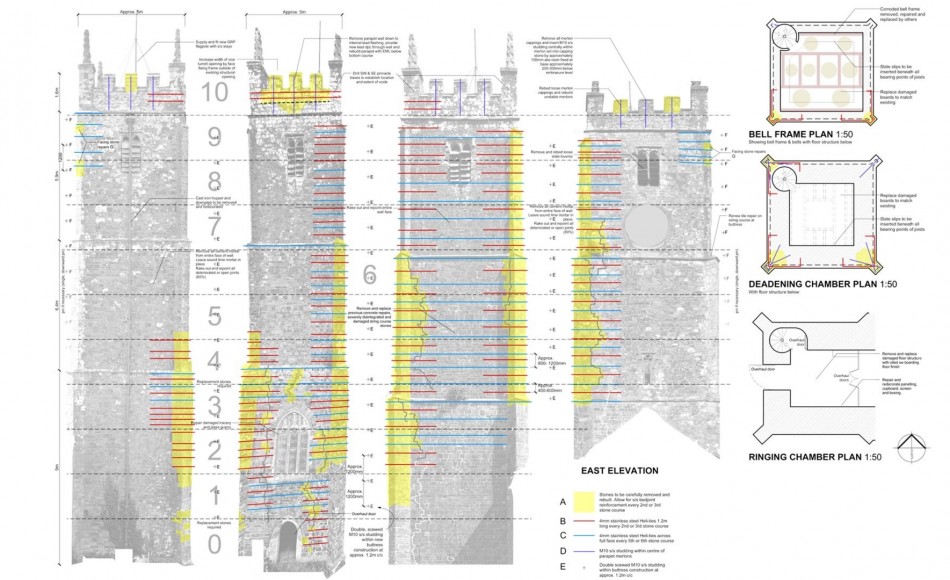 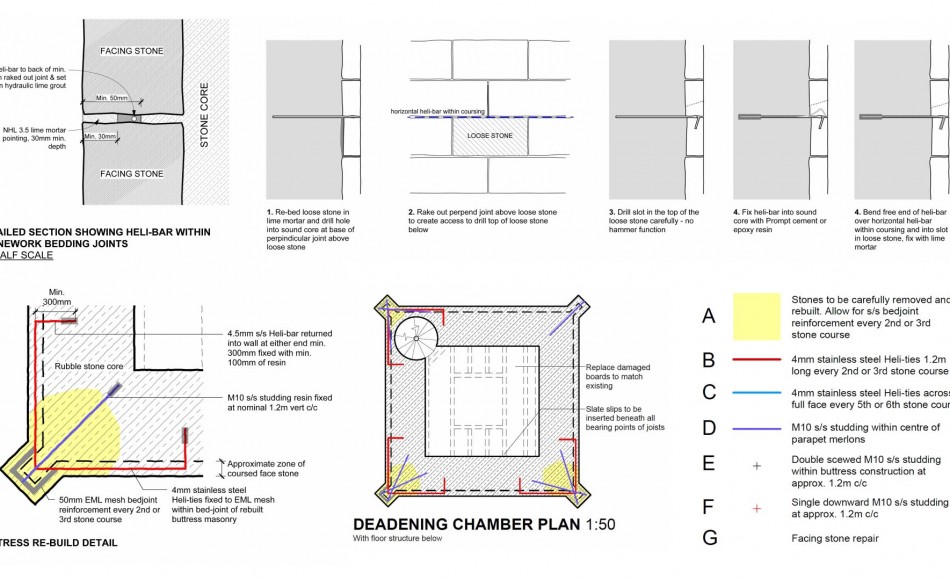 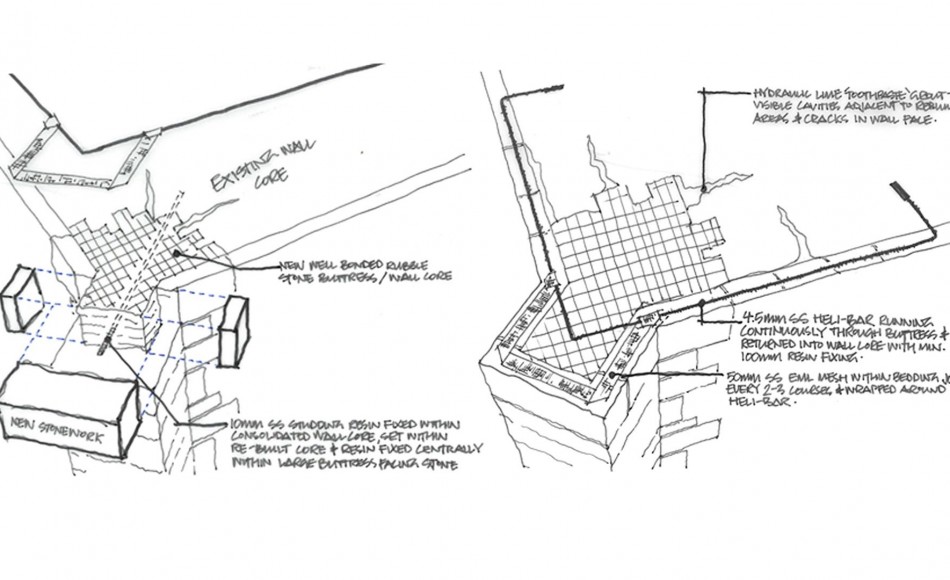 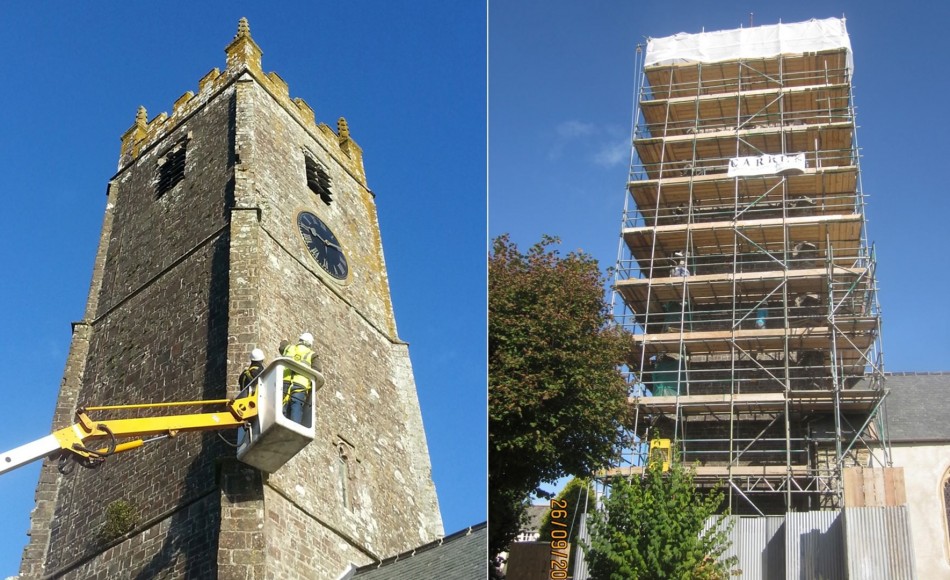 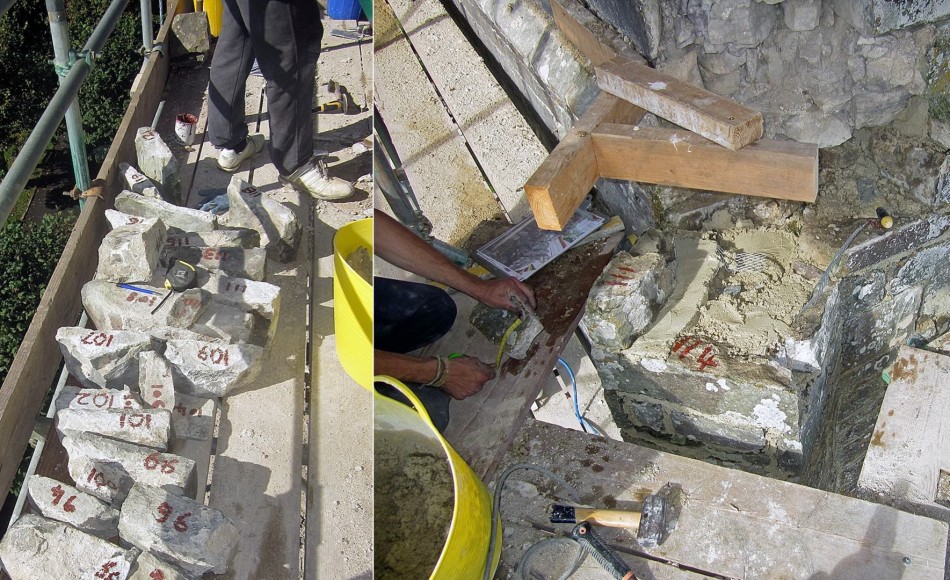 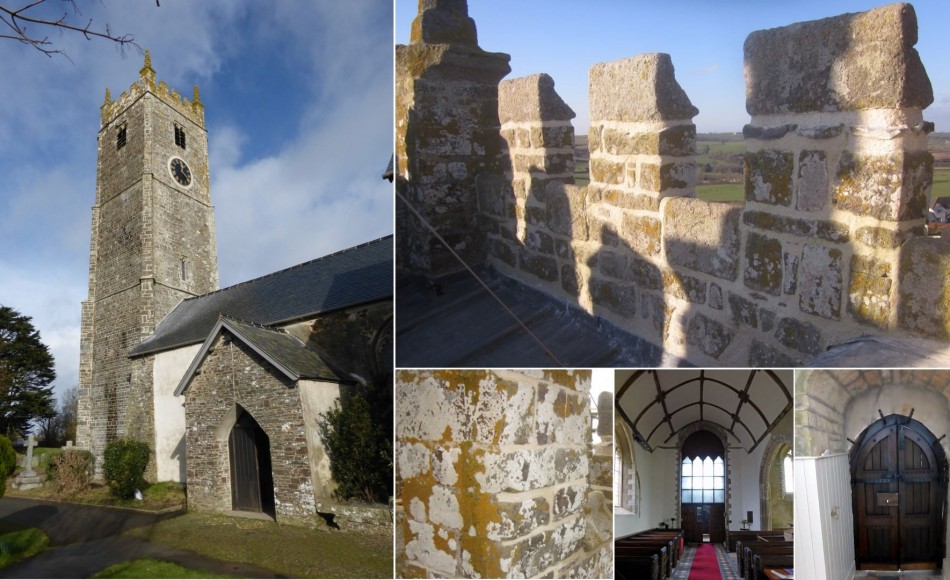 Our repair approach and specification to St. Mary’s Church, High Bickington has been highly commended by this prestigious award body. The awards are presented to church conservation or repairs schemes which are considered innovative, high quality and successful in overcoming difficult aesthetic or technical challenges.

The King of Prussia Gold Medal was gifted in 1857 to the Incorporated Church Building Society from King Freidrich Wilhelm IV of Prussia who was a follower of British Victorian church architecture.

The winners were announced by his direct descendant, Prince Nicholas von Preussen at a special awards ceremony at St. Mellitus college, London and HRH The Duke of Gloucester was a special guest judge for the 2016 Award.

To bring the Grade I listed church back into community use our work included conservative repairs to the tower masonry and bell frame using both traditional and modern techniques.

Previous repairs carried out in the last 100 years involved repeated isolated rebuild of the buttresses with limited success.

The masonry within the buttresses had deteriorated to the extent that large stones were falling out onto the footpaths below. The quantity of stones falling off and the development of cracks through the walls had accelerated since 2010/11 due to heavy rainfall and harsh winters.

Bell ringing was stopped in January 2010 due to vibrations in the bell frame impacting on the condition and safety of the stonework. This was a sad blow for a community with a long bell ringing tradition and a regionally renowned team of ringers.

It was clear that the general construction of the tower and buttresses was quite weak, due in part to the lack of bonding and tying between the tower and the principal walls, together with the relatively thin nature of the coursed facing stone within the overall random rubble construction.

It was important to all that the church was appropriately conserved for long term future use and that the repairs did not adversely affect the external appearance or the historic fabric. To achieve this, one of our stipulations was that the contractor number every stone as it was removed, so that it could be re-built in the same order.